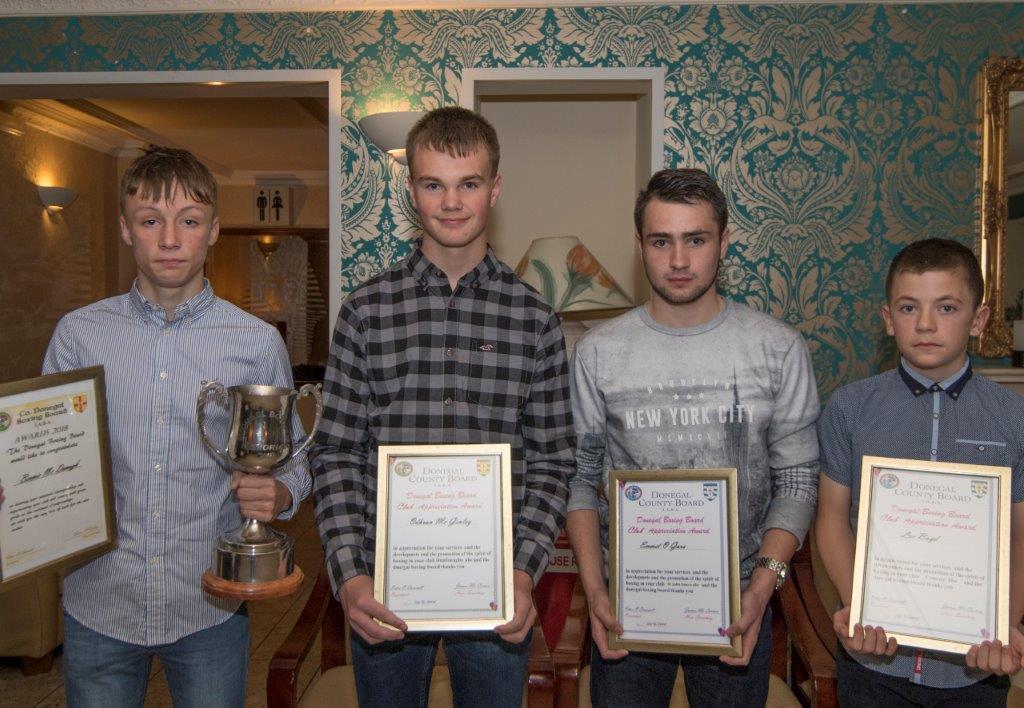 McDonagh (above left with Dunfanaghy team-mates at the Donegal Boxing Board Awards) is part of an Ireland squad that will face a Germany selection in a Schoolboy and Youth international in the National Stadium.

“I just got word on Friday night and it felt really good to get the call,” McDonagh, who has been training in Dublin with the squad, told Donegal Daily/Donegal Sport Hub.

McDonagh has had a superb year and was give the Michael Bonner Trophy for the Best Juvenile Boxer at the Donegal Boxing Board Awards on Saturday night in Jackson’s Hotel, Ballybofey.

He said: “I’ve never boxed for Ireland before so I’m really looking forward to it. I’ve been back in training for a couple of weeks now. I have the Nine Counties and hopefully the All-Irelands again coming up.”

In April, McDonagh overcame Donnacha Sayers of Cashen Vale to win the Boy 3 title at 44.5kgs.

Two years ago, he edged Joe Daly from Castlebar in the Irish Boy 1 36kgs final and his rise under Eddie Harkin and Joe Harkin continues.