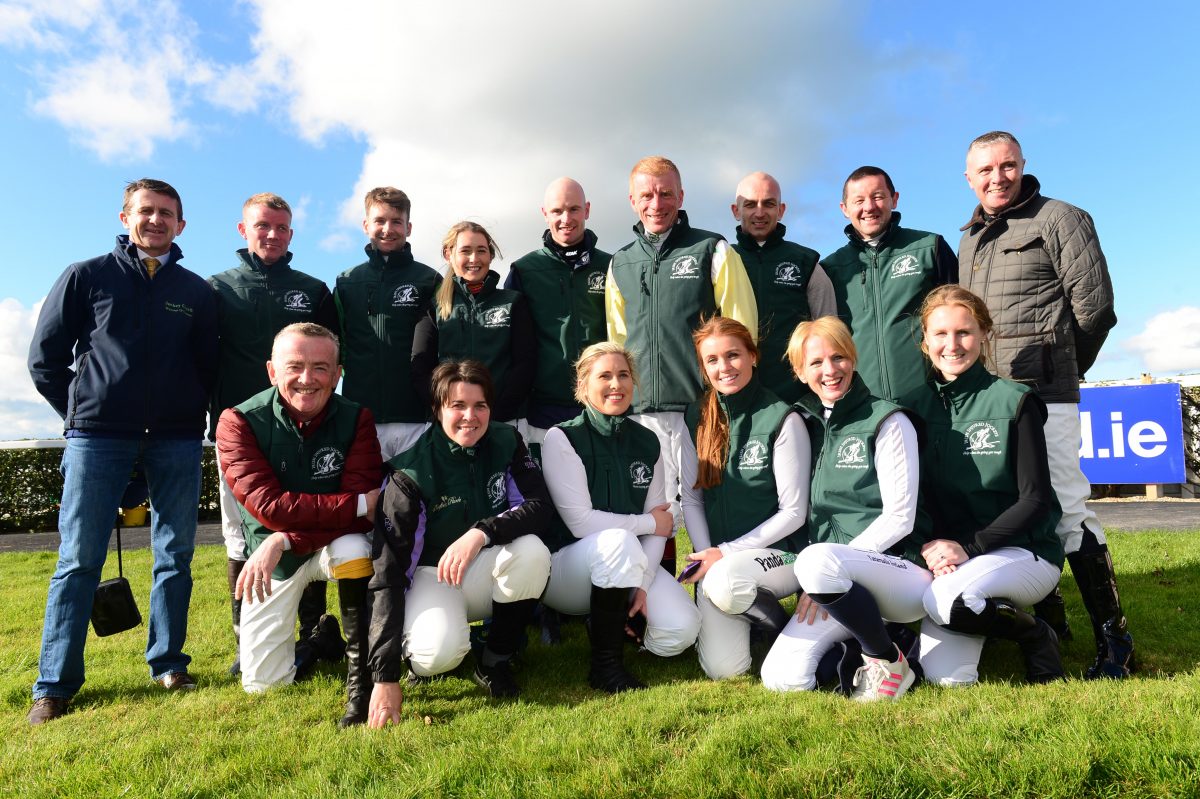 Marina Hamilton flies the flag for Donegal in The Corinthian Challenge

The Corinthian Challenge is a three-race series for the popular racing charity. The second leg of this annual major fundraising initiative took place at Navan Racecourse.

Hamilton couldn’t manage to come out on top on this occasion, she finished in second place on Six Silver Lane for trainer John Feane and she really enjoyed the thrill of the race and is very much looking forward to the final leg of the challenge at Leopardstown next month.

The former pony racer, who has won 150 races in her pony days, signed up for The Corinthian Challenge some time ago, a commitment which ought to be admired as on top of the feat that is the racing series, there are not too many stables to ride out in where Marina lives.

“I’m thrilled with the win. It’s only really sinking in now to be honest, it was an incredible feeling getting there with plenty of horse and knowing that we had a real shot at winning.

“I would like to thank Mr. Nordlokken the owner and the trainer John Murphy and his son George, my good friend with whom I completed the Irish National Stud course, for the opportunity to ride the horse as I really am most grateful.

“I would also like to thank everyone who has supported me and donated to my fundraising efforts for Irish Injured Jockeys so far and my employers and colleagues at The Irish National Stud, I hope they got a kick out of the win too. Onwards and upwards now to the final race at Leopardstown next month, it’s really very exciting.”

This is the third year of the successful fundraising initiative which has already raised over €250,000 for Irish Injured Jockeys.

The final race of the series will take place at Leopardstown on October 27 and a points system will run throughout the entire series to decide on the overall winner of the challenge for 2018.

Michael Higgins, General Manager of Irish Injured Jockeys said: “It was another brilliant race and we are so proud of all who took part, they are all winners in our eyes! Harry rode a great race and it’s wonderful to see all the riders come on so much between races, it really is a testament to the hard work being put in behind the scenes by every one of them.

“It was nice to hold the race at a National Hunt Meeting for a change also as it meant the riders could enjoy meeting some of the top jump jockeys while also benefiting from mentoring from a different perspective from the jump and amateur jockeys on hand.”