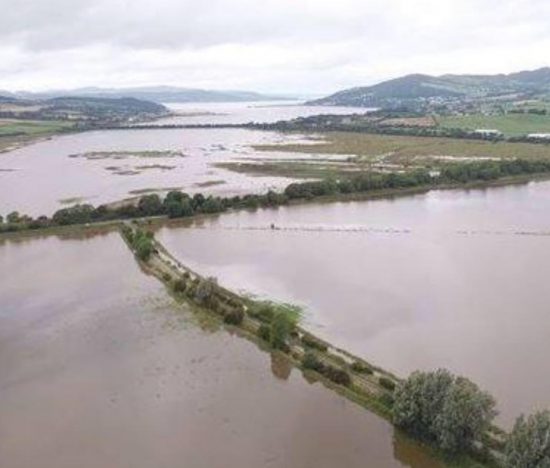 Research to be carried out on flood threats in South Donegal

Minister Joe McHugh has announced €13,500 funding for research into flood threats in the Greater Murvagh area of South Donegal.

“I am delighted to announce that the flood data from a number of townlands in the Greater Murvagh area in South Donegal which were affected by flooding in recent years,” Mr McHugh said.

“Minister for the Office of Public Works Kevin ‘Boxer’ Moran has confirmed to me that €13,500 has been allocated for a special review of the issues in the area.

“The aim of this research work, under the Minor Flood Mitigation Works and Coastal Protection Scheme is to identify measures that could be put in place to mitigate against future flooding in the area.”

Fine Gael Councillor Barry O’Neill said: “We are confident that this work will offer some security for the people who live in the areas of Murvagh Upper Glebe, Drumchory Glebe, Mullanacross and Ballybulgan and found their homes at risk of floods and in some cases cut off during winter floods.”

This latest investment from the OPW comes on the back of funding of €11million for flood relief schemes in nine other towns and villages in Donegal including Burnfoot, Castlefinn, Ballybofey and Stranorlar, as well as Lifford, Glenties, Kerrykeel, Downings and Raphoe.”

Mr McHugh, Government Chief Whip, said: “This is the latest in a long line of investments to try and mitigate against flood threats in Donegal.

“When the Minster Boxer Moran and the Office of Public Works announced details of the multi-million euro spend in our county on this issue I promised more investment would follow and here we are, continuing to deliver.”

Mr McHugh, Minister for the Irish language, Gaeltacht and the Islands, said: “We are investing €6million on defences in Lifford, €1.5million in Burnfoot with new embankment protections a key part of the measures in the town and €1.75million in Castlefinn. This is multi-million euro investment to protect communities.”