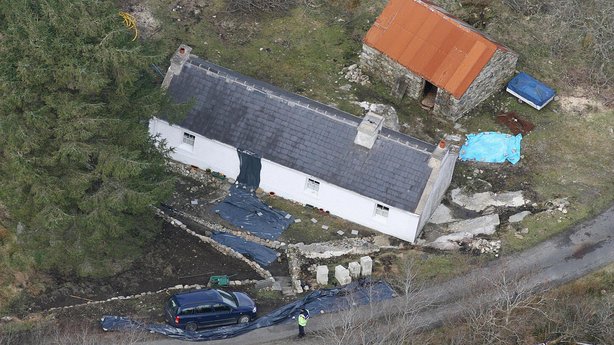 A substantial file on the murder of former Sinn Fein member and British agent Denis Donaldson has now been sent by Gardai to the Director of Public Prosecutions for her consideration.

Mr Donaldson, aged 55, was shot dead at a remote cottage on the outskirts of Glenties in Co Donegal in April, 2006.

He had been living there since being exposed as an MI5 agent the previous year.

An inquest into Mr Donaldson’s death was adjourned for the 19th time yesterday (Wed) at Letterkenny Coroner’s Court.

The inquest had previously been adjourned on August 31st, 2016 after a person was charged with the alleged withholding of information about the death.

On that occasion, Superintendent Michael Finan applied to have the inquest adjourned under Section 25.1 of the Coroner’s Act.

However, another Judgement in the High Court on November 23rd, 2017 in favour of a Michael Sweeney meant that Gardai could not take proceedings against the person involved in the Denis Donaldson case.

This case is being appealed to the Supreme Court and could take up to a year to be heard, the coroner’s court was told.

If the High Court decision is overturned then criminal proceedings can be re-entered in the case.

Superintendent Finan told the court that a “substantial file” on the Donaldson case was finally sent to the DPP on July 31st last for consideration.

He said a decision on this file could take approximately six months.

The court was told that the Donaldson family have been kept informed of developments and are due to meet with Gardai next month to be briefed on the case.

Coroner Dr McCauley said that he did not want to seem to interfere or speed up any process but he thought he should “check in” to view the status of the case.