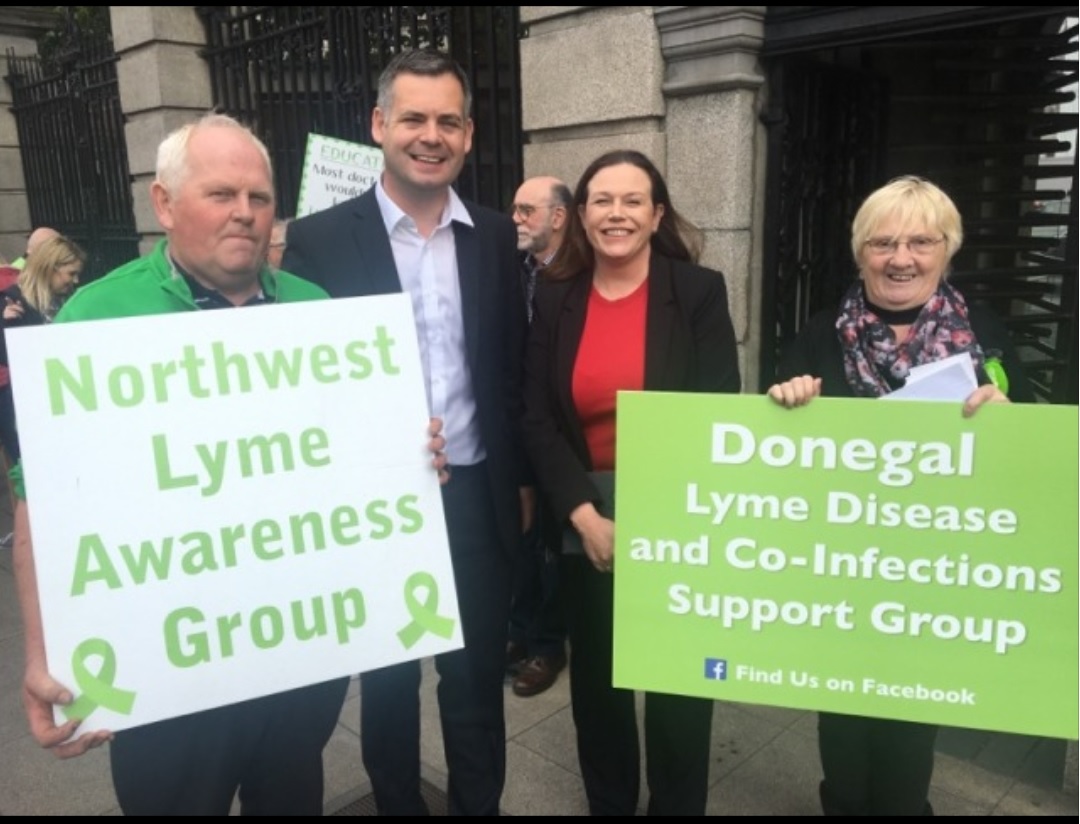 Pearse Doherty has criticized both the Government and HSE on Wednesday over their ongoing failure to seriously respond to the increasing number of reported cases of Lyme disease here.

The Donegal TD was speaking at a rally outside Leinster House today by Lyme Disease support groups and campaigners.

The Sinn Fein spokesperson put the government on blast today for leaving increasing numbers of people with the disease ‘with very little option’.

“For quite a while now there has been a marked increase in the number of reported cases of Lyme disease, with evidence suggesting that the problem appears to be particularly acute in certain counties including Donegal, Cork and Kerry,” Doherty said.

“However, despite the apparent increasing prevalence of the condition here, in many instances those who report having contracted the disease say they’ve been left with little option but to go abroad not only to get treatment, but also to receive a diagnosis.

“This situation is not acceptable and it is causing untold suffering to those who are not only already struggling to cope with their symptoms, but must also endure the added hardship of having to travel to access supports.

“To date, the Minister has refused to properly engage on the issue, this is despite the increasing number of reported cases here and the growing body of research into the condition.

“Similarly, the government has yet to put together a comprehensive strategy to address the challenges posed by Lyme disease and we still have yet to see anything in terms of an awareness and prevention campaign being introduced.

“Those affected by Lyme disease and Lyme disease campaigners are calling for greater research into the condition and to promote awareness with a view to the prevention, diagnosis and treatment of this chronic disease.

“They also are demanding more to be done to support those living with the condition and their families.

“Earlier in the Dáil today I raised the issue of Lyme Disease with the Taoiseach directly, however, he responded with the usual government line including to state that there has been some controversy around Lyme Disease for some time, including in relation to its diagnosis.

“We will continue to call on the Minister and the HSE to do more to address what is fast becoming a major public health issue.