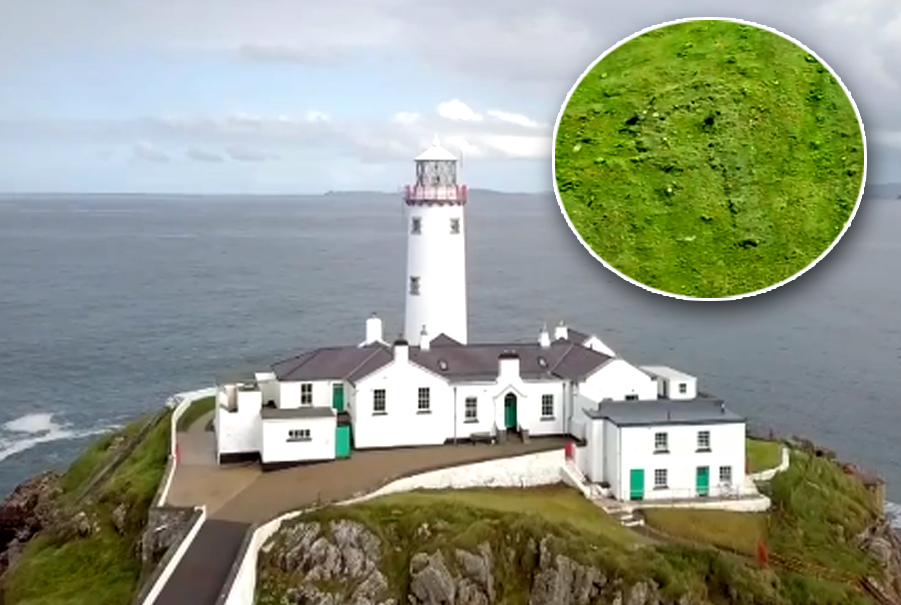 The historical marker was believed to be missing or destroyed until now.

Cameraman Setanta Ó Dochartaigh from Gaoth Dobhair couldn’t believe his eyes when he was editing a video package on the lighthouse and spotted a faint number ‘9’ on nearby land.

Further investigations led Ó Dochartaigh to learn that there was a number ’79’ marker recorded in the region, but the first digit has faded over the decades. 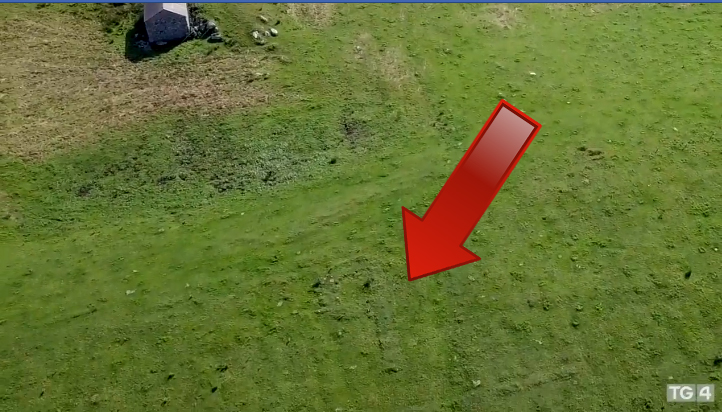 It is believed that there are 83 Éire markers dotted along the Irish coast, dating back to the second World War. The numbers served as a navigational aid and the ‘Éire’ sign was used to alert World War Two pilots that they were flying over neutral Ireland.

The camera shots that revealed the sign were filmed as part of a Great Lighthouses of Ireland series for MOLSCÉAL on TG4.

Ó Dochartaigh told Donegal Daily that they never intended to find such a hidden gem.

He said: “I just stumbled upon it. I normally film an interview, shots inside and outside the lighthouse, and then send the drone up aerial footage.

“This was the very last shot of the day and my battery was running out.

“It was only when I was editing the package later that I spotted the number 9.

“It was unfortunate I didn’t see it earlier, because I would have asked Eimear about it in the interview.”

From close studies of his drone footage, Ó Dochartaigh said an É-I-R-E sign also remains but is very hard to distinguish in the video.

Interest in the iconic WWII markings has soared in recent years as drone photography grows in popularity.

The most notable finding this summer was a marking revealed by a gorse fire at Bray Head, Co. Wicklow, but Ó Dochartaigh points out that this local discovery in Fanad is quite the find for north-west tourism. 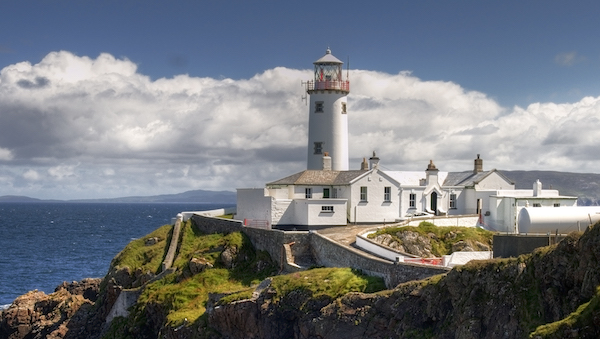 He said: “I hope this could pull more tourists to the area. Fanad Lighthouse is such a beautiful asset to the area, anything extra will be a benefit to it.

“These markings are a big part of the social history of our county. You wouldn’t know who flew over it in the second World War.”

It is believed that the numerical marking is located on private land near an old derelict army building and look out tower at Fanad Head. It remains to be seen if the feature can be restored and preserved for future generations.