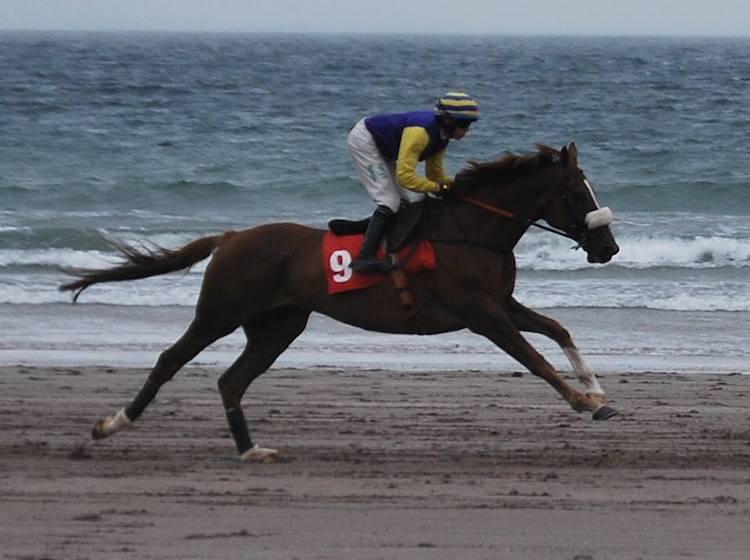 Dylan Browne-McMonagle unfazed on the cusp of pony racing history

Dylan Browne-McMonagle can feel the hands of history on his young shoulders.

But the slight, unassuming Letterkenny teenager carries the weight of the possibilities well. His six-and-a-half-stone frame certainly isn’t weighed down by the prospect of penning a new chapter in pony racing history this weekend.

The 15-year-old jockey goes to Athea in County Limerick for the last meeting of the year.

Already, he has saddled a remarkable 75 winners this season.

Already he has the Champion Jockey title secure, but four more winners at the weekend means he’ll eclipse Emmet McNamara’s season-best of 78 winners. Paul Townsend and Jack Kennedy came close to breaking it, but didn’t quite get there.

Browne-McMonagle, though, is on the cusp.

Last time out, in a hastily-arranged jaunt to Ballylongford in Kerry – after a meeting in Garvagh was called off – he saddled The Green Monkey, Four Stone Of Lead and Let It Go – to take him onto 75 for the year and clinch the Champion Jockey’s crown.

“It was nice to get the 75 and get Champion Jockey,” smiles McMonagle. “That’s what I’ve been wanting.”

He first came to prominence at the Dingle Races in 2015, riding three winners.

That led to a visit to 20-time champion jockey AP McCoy, who invited him over.

Last month, Browne-McMonagle was back in England with McCoy for five days and also spent some time with Grand National and Gold Cup winning trainer Jonjo O’Neill at his Jackdaws Castle base.

The Errigal College student says: “I was over with McCoy. He was pre-training. It was very busy and I learned loads over there. That was the second time I was over. I learned a lot over there. It was brilliant.”

He’s had a scholarship to the British Racing School in Newmarket and is already eyeing up a career in the pro ranks, akin to the path forged by Trentagh man Martin Harley.

He returned from England to land four winners in Geesala, County Mayo.

The season has been an already-memorable one, from a five-timer in Porthall to start 2018 off with a bang.

The highlight was Dingle again.

In the previous two years he’d had six and five winners at Dingle.

“In Dingle, I had nine winners this year and that was amazing,” he says.

“Five Stone of Lead won the three days down there. She was very good. She was great that weekend. She’s unbeaten this year.”

His routine is intensely disciplined.

Every day, without fail, he has dinner immediately after school and then it’s off to the beach. Usually, it’s Rathmullan, occasionally Downings for a change of scenery, with his uncle, Adrian Browne, to train the horses. Browne-McMonagle and Johnny Holian from Ballare ride them out. On a given day, there could be anything up to 12 horses to work. 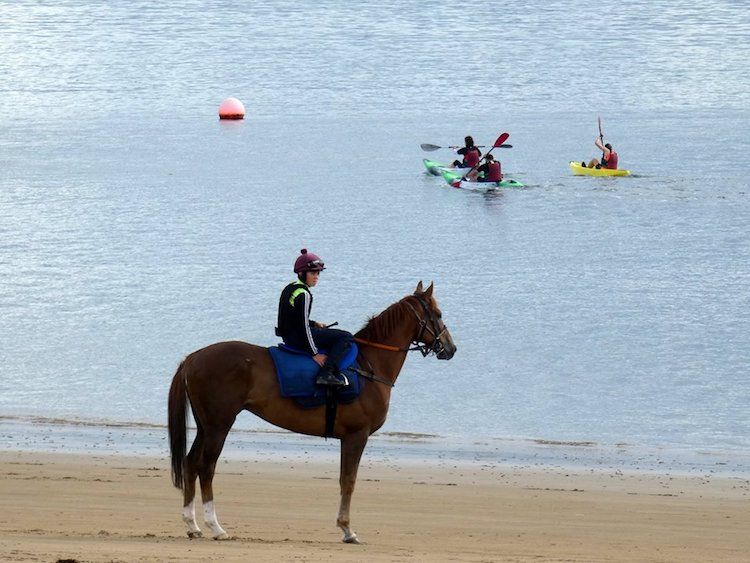 He says: “We do about 15 minutes with each horse so we’d be late back.

“Adrian, lifts me from the house every day after school. I just come in from school, get my dinner and it’s straight away to the beach with the horses. We’d have 10 or 12 every day down with us to ride out.

Weight isn’t an issue for Browne-McMonagle who doesn’t ‘eat a lot of junk’ in any case.

“More so, during the boxing, I’d have to watch the weight,” he adds.

Somehow, he had time to ace his Junior Certificate examinations in June.

For he doubles up his time in the saddle with a ruthless streak in the squared circle. In April, Browne-McMonagle, who boxes out of Letterkenny ABC, won the Irish Boy 4 title at 39kgs. In the final he scored a 4-1 majority win over Fr Horgan’s puncher Shane Stokes. 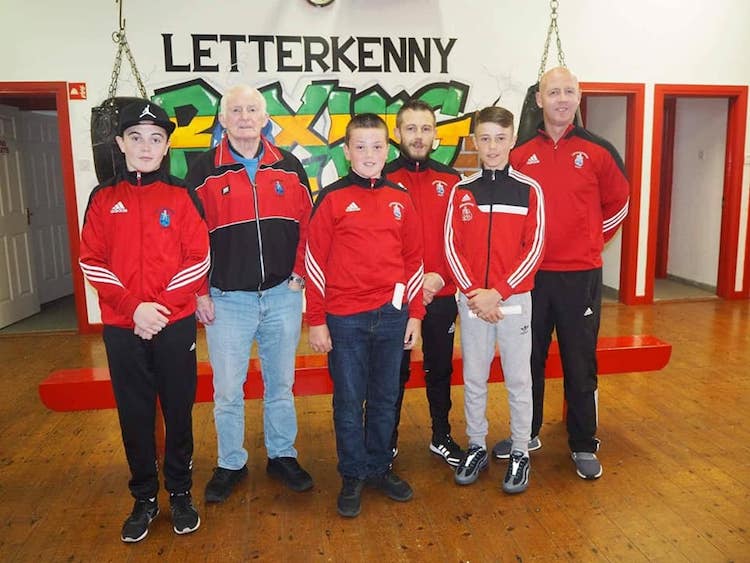 He’s won Irish, Ulster, North West Zones and Donegal titles in the ring in 2018. On Saturday night he was honoured by the Donegal Boxing Board, who presented him with the Jim White Shield for Most Improved Boxer at their annual awards.

“From the end of April to the end of September I do the horses,” he says.

“As soon as i finish the horses, I’m straight back into training again for the boxing. I went back in there a couple of weeks ago and the horses are still on. 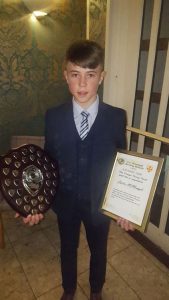 “I get to the beach early if I can now when there’s a cross-over. The training starts later for me now in the boxing because I’m in an older age group now so it works out better.”

He already has his plan mapped out for the future.

“I’ll do another year of pony racing and then try and sign under someone as an apprentice – I’m looking to do exactly what Martin (Harley) did,” he says.

It’s all he’s ever known.

“Everyone in the family has had horses so I’ve been around them all my life. I’ve been into horses since I was a wee tot,” he says with that affable smile.

A four-timer in Limerick will give him his own place in pony racing’s pantheon.

And yet he retains all the coolness that comes with a knowing blend of the Sport of Kings and the Sweet Science.

You just wouldn’t bet against him.