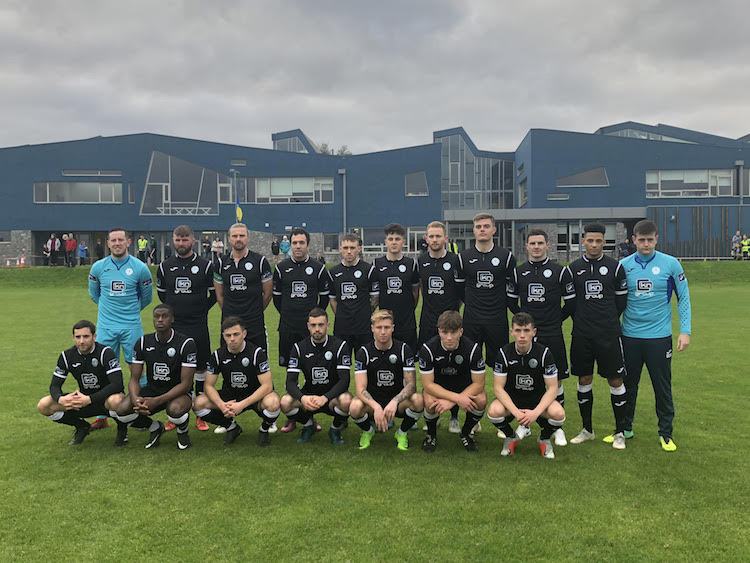 Mikey Place came off the bench to give Finn Harps victory against the defence forces in a fundraising friendly at Coláiste Ailigh.

by Chris McNulty at Coláiste Ailigh

All the goals were scored by Harps players as Aidan Friel – a member of the the Defence Forces and their side’s captain for the day – fired them ahead in the 33rd minute.

The Strabane man tried his luck from just beyond the ‘D’ and it had just enough power to beat Gallagher. The Harps ‘keeper did get his palms behind the shot, but the ball dropped just beneath the bar and in for the lead goal.

The Defence Forces – who are gearing up for European Championships in December in Lithuania – should have made sure of the win, but Jody Dillon had too much elevation on his attempt from the right edge of the area on 66 minutes.

Harps drew level 17 minutes from the end. Place was fed by Gareth Harkin’s ball and his shot from just inside the box went in off the post.

Five minutes later, Place was at it again. The in-form striker had the simple task of tapping into an unguarded net with the Defence Forces calling for an offside. As the ball trickled across goal, the flag remained grounded and Place applied the finish.

The game was part of a three-game fundraiser, with games involving the Donegal senior men’s and senior ladies teams to come later in the year. 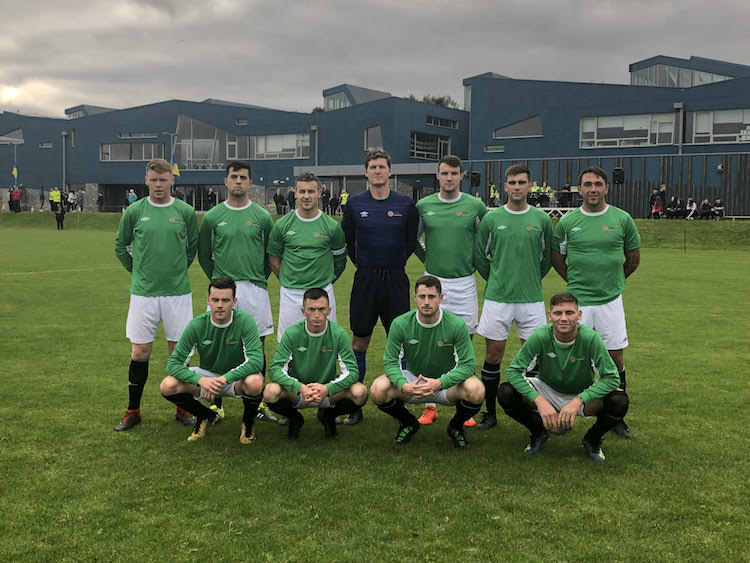 Those teams and Harps use the impressive facilities at the Knocknamona school for training on a regular basis.

It was a pretty strong XI fielded by Ollie Horgan, even if there were only four survivors who had started Saturday’s emphatic 7-1 win over Cabinteely – Jacob Borg, Jesse Devers, Paddy McCourt and Niall Logue.

Devers was heavily involved in the early exchanged and should have put Harps in front after 10 minutes, but shot at Ken Deegan after getting free.

Earlier, Deegan denied Boyle, who had been put clear by Devers.

Deegan thwarted Devers from 20 yards before the Defence Forces began to come into it.

Logue had to hook off his own goal-line from Paul Keane, who did well to get on the end of a cross from the left-hand side.