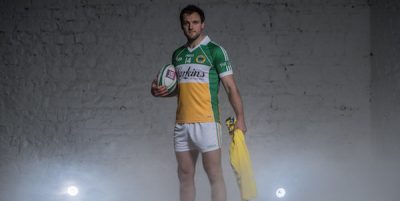 Listen: “Some things are good, but a lot of things just aren’t up to scratch” – Michael Murphy

Michael Murphy says Glenswilly will have to up their game next weekend, whoever they draw in the Donegal SFC semi-finals.

The three-time Dr Maguire winners haven’t hit the ground running yet, but now stand at the penultimate hurdle.

“If you gave it to us after the defeat to Ardara, we’d have taken your hand off.

“Some things are good, but a lot of things just aren’t up to scratch and we need to try to put that right.”

Glenswilly lost their opening group game to Ardara, but wins over Bundoran and Burt saw them into the quarter-final.

Donegal captain Murphy has been around long enough to know that the bar has to be hoisted.

He said:  “No matter who the opposition is, we need to try to get a performance that merits a semi-final.

It doesn’t really matter who we play. What matters is getting a performance ourselves because that’s where we’re falling short.”