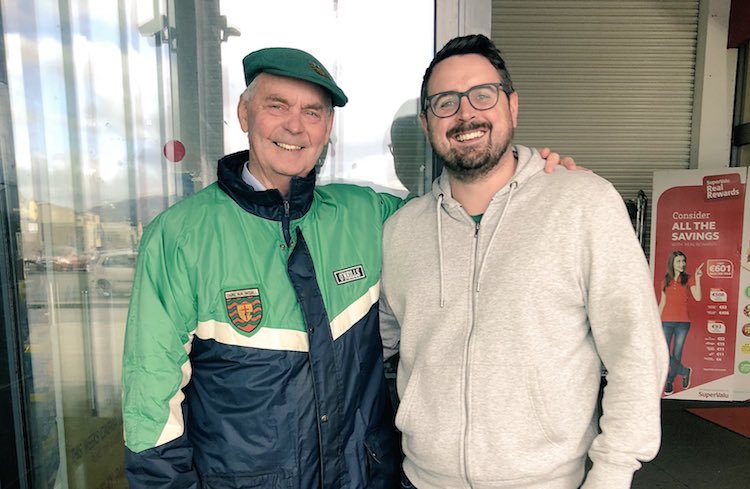 Brian McEniff might have led Donegal to an All-Ireland and five Ulster titles – but that doesn’t stop the Bundoran hotelier from doing the important jobs at club level.

McEniff was Donegal’s manager for the breakthrough All-Ireland win in 1992.

In 1972 (when he won an All-Star Award), he took Donegal to their first ever Ulster SFC crown as player-manager.

As manager, he won 12 Railway Cups with Ulster.

McEniff remains actively involved in the Bundoran club and was manning the club’s lotto stand on Saturday.

McEniff returned a couple of times in recent years to don the Bainisteoir bib again.

5 Ulster titles, an All Ireland, a lifetime of service to the GAA and still out trying to sell @RealtNaMaraGAA lotto tickets to Ballyshannon lads on a Saturday afternoon. Some man! pic.twitter.com/JZBAuszb0x