Celebrations as Letterkenny is twinned with German town Rudolstadt

The German Ambassador to Ireland Deike Potzel visited Letterkenny on Monday to mark the signing of the official twinning agreement between Letterkenny and the German town of Rudolstadt.

A delegation of 40 people from the town of Rudolstadt visited Letterkenny for this special occasion and for a weekend of cultural activities and ceremonies.

The official signing of the Town Twinning Agreement between Letterkenny and Rudolstadt took place on Monday morning (1 Oct) in Letterkenny Public Service Centre.  The agreement was signed by Cllr. Seamus O’Domhnaill as Cathaoirleach of Donegal County Council and Jorg Reichl, Rudolstadt Mayor. 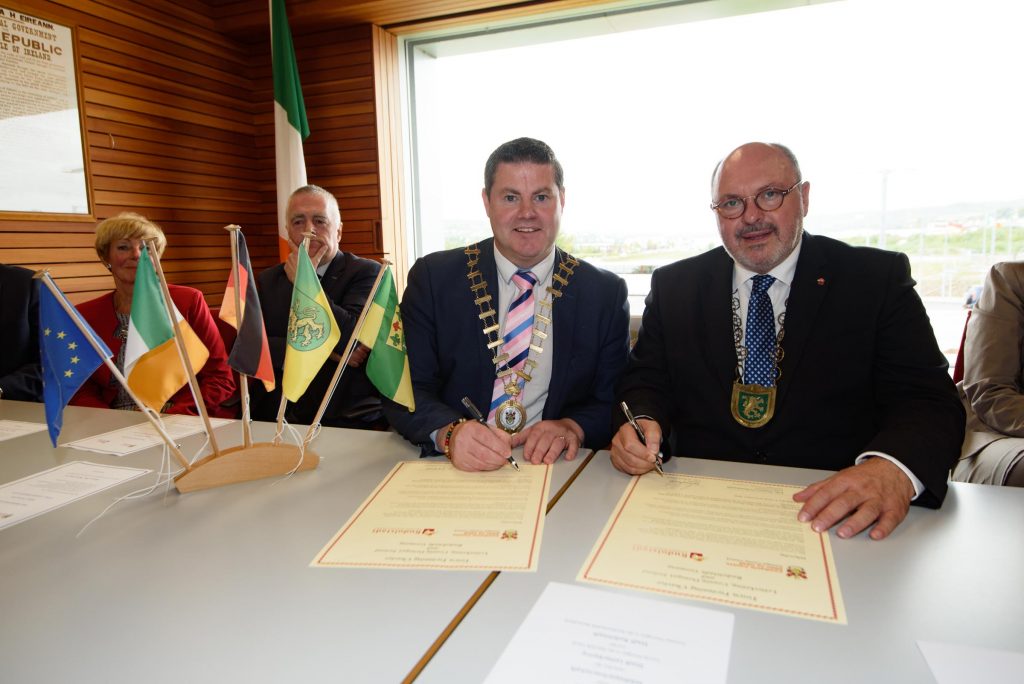 In her address, German Ambassador Potzel highlighted the impact that town twinning arrangements has had for many towns and cities in Germany and how these special relationships have had a valuable impact in not only building on peace and reconciliation post World War II but also in developing mutually beneficial arrangements in terms of educational exchanges, cultural development, trade and tourism.

Ambassador Potzel encouraged both towns to explore the potential of educational exchanges between children and young people saying that she believed that these types of exchanges had the potential to broaden the horizon of participants allowing for the building of friendships and the sharing of ideas and insights that would be of benefit to all involved. 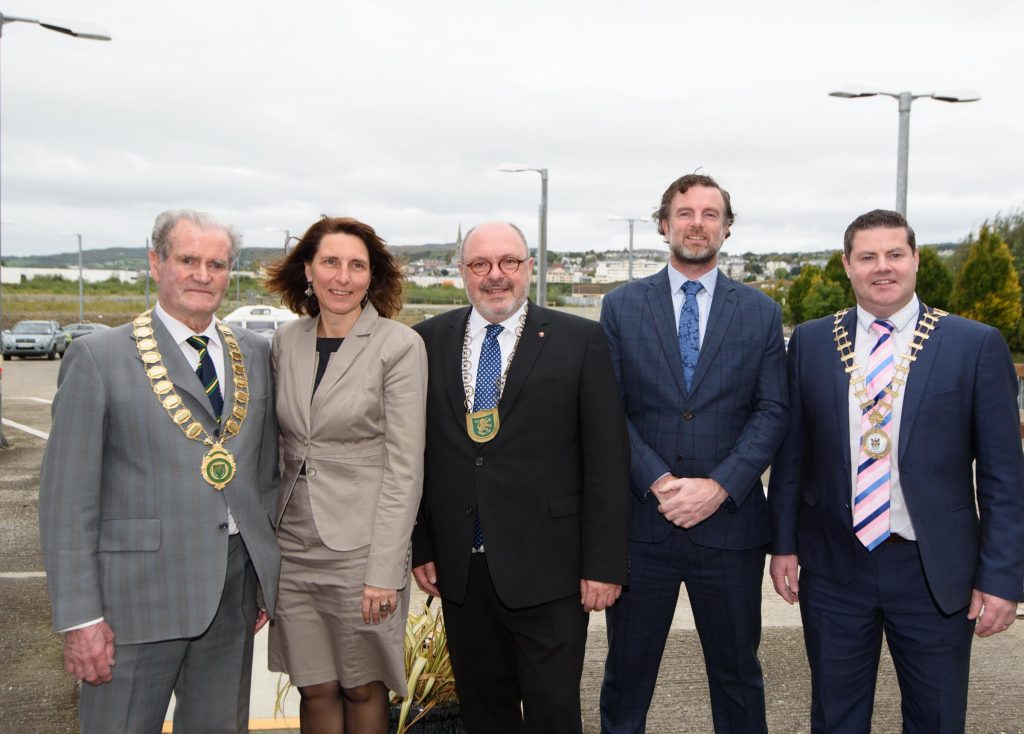 The Rudolstadt delegation arrived in Letterkenny on Friday evening at 6pm with an official welcome at the Radisson Hotel with Letterkenny Senior Accordion Band, followed by flag raising ceremony.

The delegation spent Saturday and Sunday exploring Donegal and on Sunday evening a Rudolstadt Photography Exhibition was held in the Radisson Hotel, Letterkenny followed by a celebration night of music and stories. 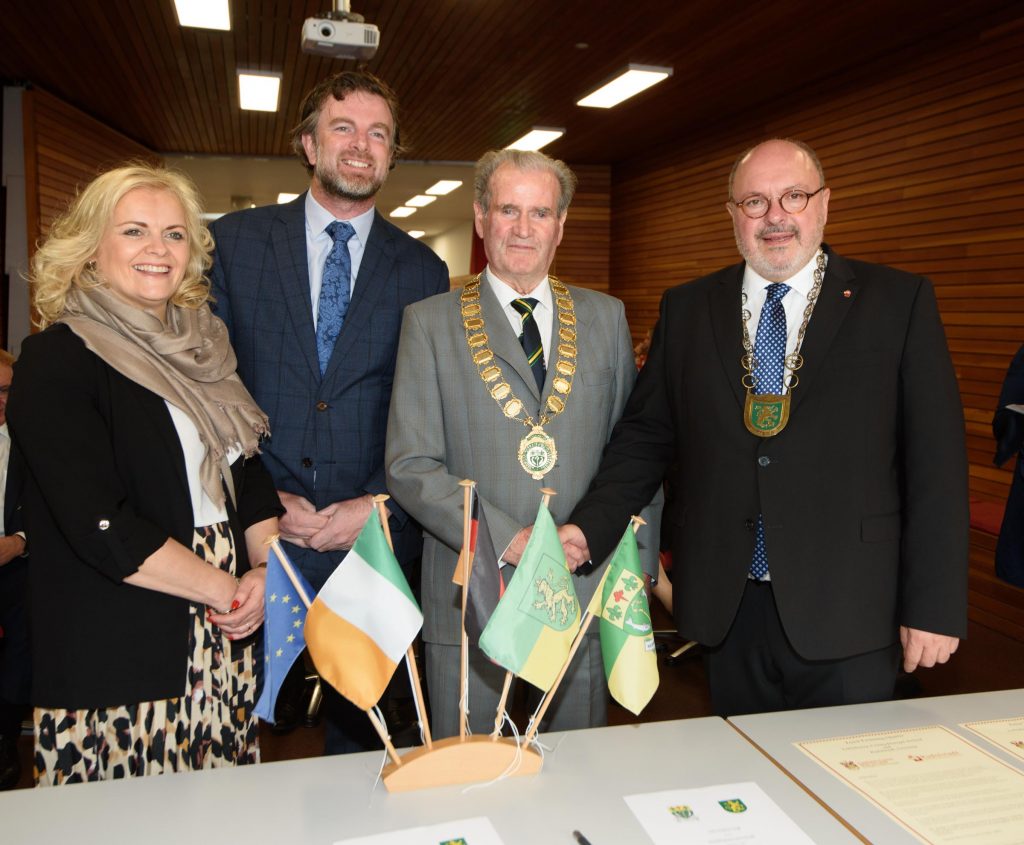 Cllr. Ian McGarvey Mayor of Letterkenny MD also welcomed the Ambassador and the delegation and paid tribute to the work of his colleague Cllr. Jimmy Kavanagh who has been to the fore in promoting this twinning arrangement.

He also thanked Letterkenny native Karol Kerrane who currently lives in Rudolstadt, for his instrumental role in making this twinning arrangement a reality. 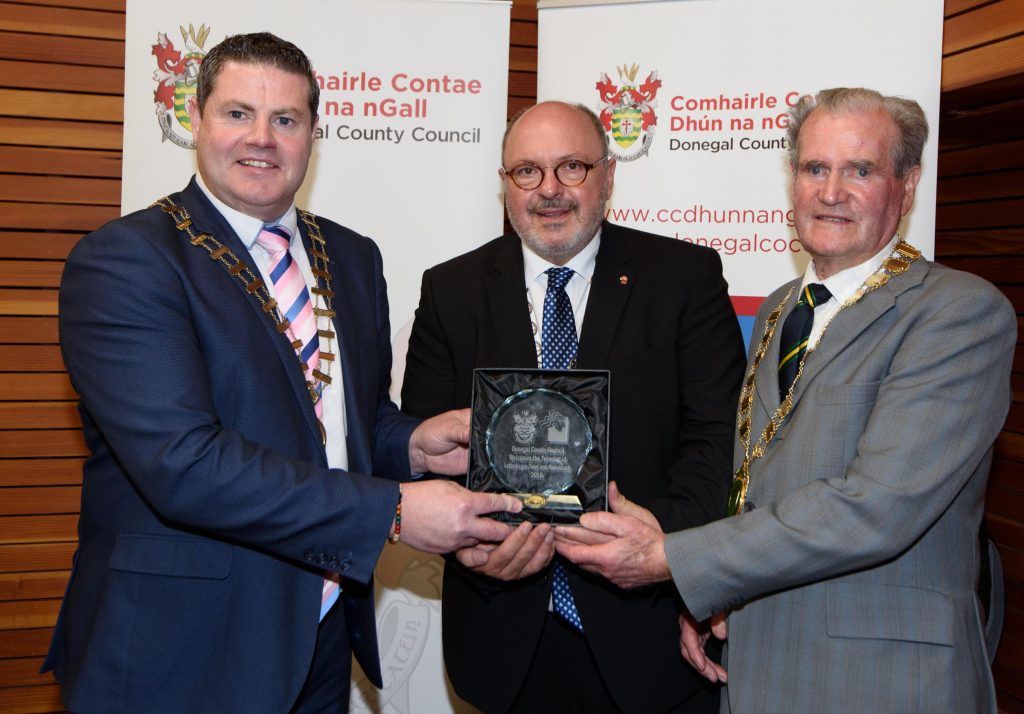 Rudostadt Mayor Jorg Reichl also addressed the gathering and highlighted the importance of building strong communications and relationships within Europe.  He referred to the current challenges being presented by Brexit and urged the active participation by all European citizens in building a strong and progressive Europe.

The gathering was also addressed by Maire Aine Gardiner from Failte Ireland and Cllr. Jimmy Kavanagh. 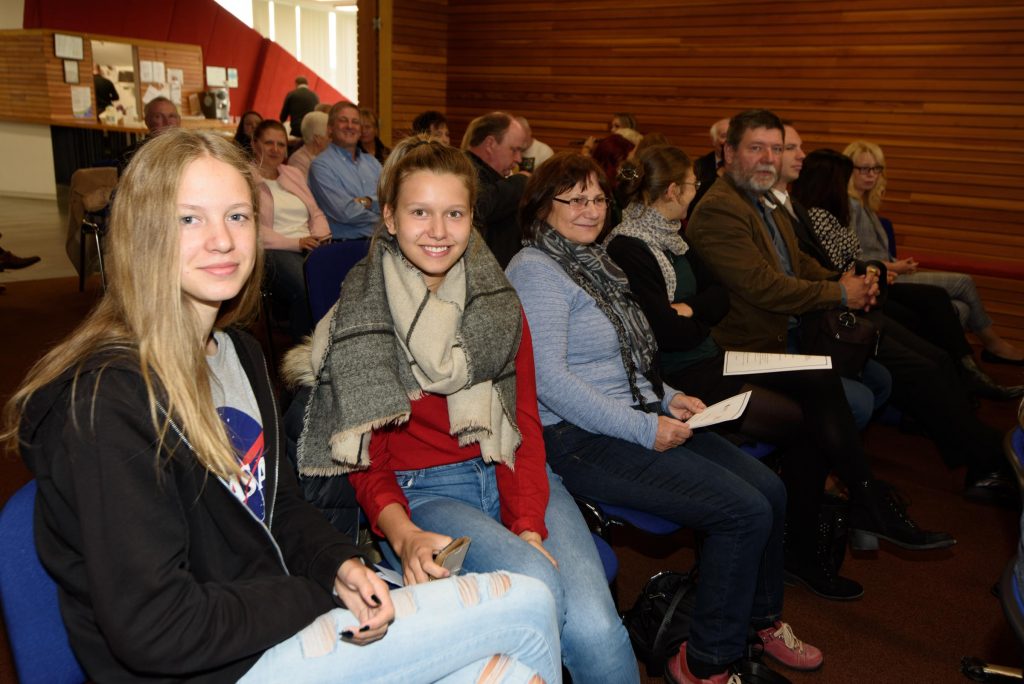 Some of the 40 strong delegation from Rudolstadt who visited Letterkenny over the weekend at the official signing of Twinning Agreement between Letterkenny and Rudolstadt in Letterkenny Public Service Centre on Monday morning.. Photo Clive Wasson 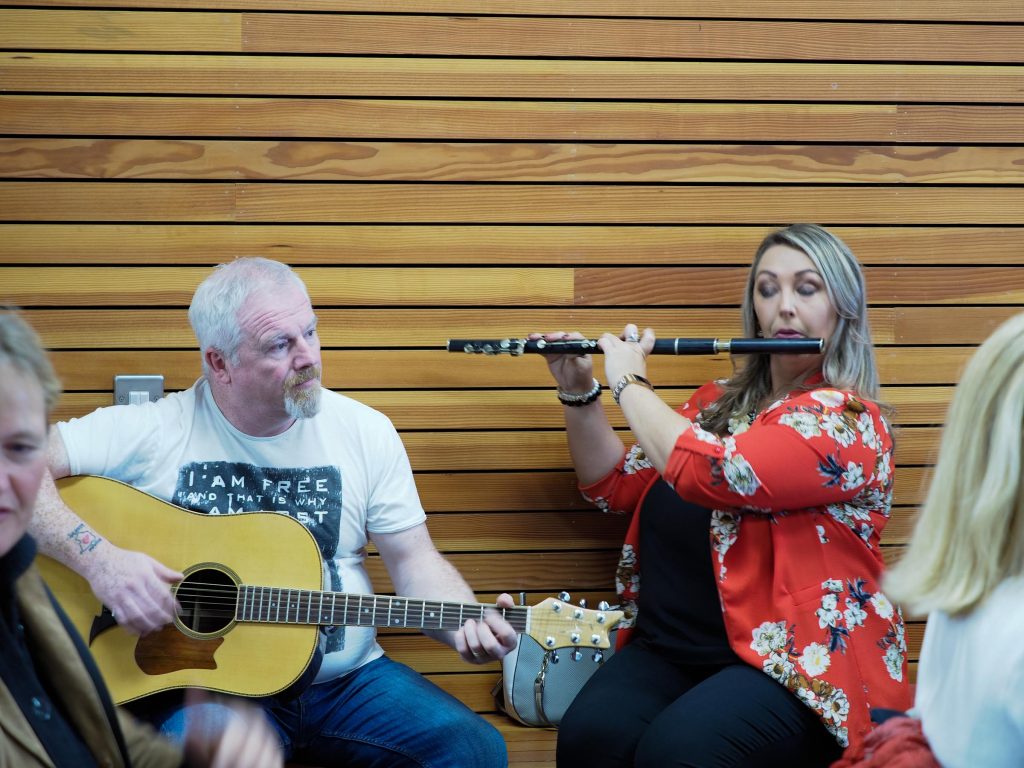