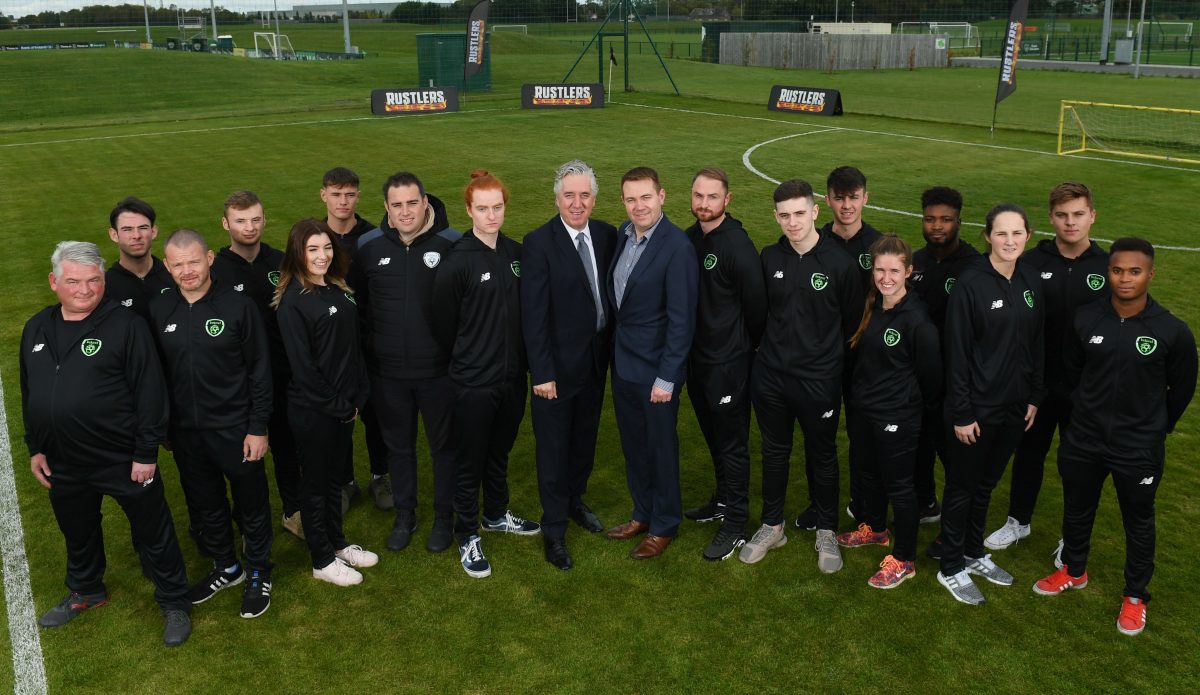 Letterkenny Institute of Technology has signed up to be part of a new scholarship scheme within Colleges and Universities nationwide in conjunction with the Football Association of Ireland.

The scheme, in conjunction with the Student Sport Ireland (SSI) Physical Activity, Health and Well-Being committee, will see 28 Student Activators appointed across 19 different campuses tasked with coordinating on-campus programmes in an effort to increase the rate of participation in football.

The announcement follows figures released by UEFA which revealed

that there has been a drop off of four million registered players across Europe as fewer adults commit to the demands of playing 11-a-side club football.

This initiative will aim to reverse the trend and provide more small-sided games competitions for adults. It will also look to provide more opportunities for more women to get involved in playing the sport.

Speaking upon the launch of the scheme, FAI CEO John Delaney said: “The growth of Third Level Football has been brilliant to see in the last number of years with over 1,000 men’s players and over 700 women’s players registered to play last year alone.

“The FAI are helping to assist by fully supporting these new Recreational Leagues, which will get more students around the country involved in football. Third Level football is very important to the development of our game and fits into the elite player pathway with many players involved in the SSE Airtricity League and Continental Tyres Women’s National League.”

The FAI National Coordinator for Schools and Third Level Football, Mark Scanlon added: “This is an exciting new initiative and we are delighted with the support we have received from the Colleges and Universities Sports Departments to date, many of whom have been running recreational leagues for students over the past number of years.

“With this scheme, we hope that the current programmes can be augmented with improved participation and create opportunities for new students to get involved. We look forward to supporting the student activators in their role and I’m sure that many of these students will become future football leaders.”