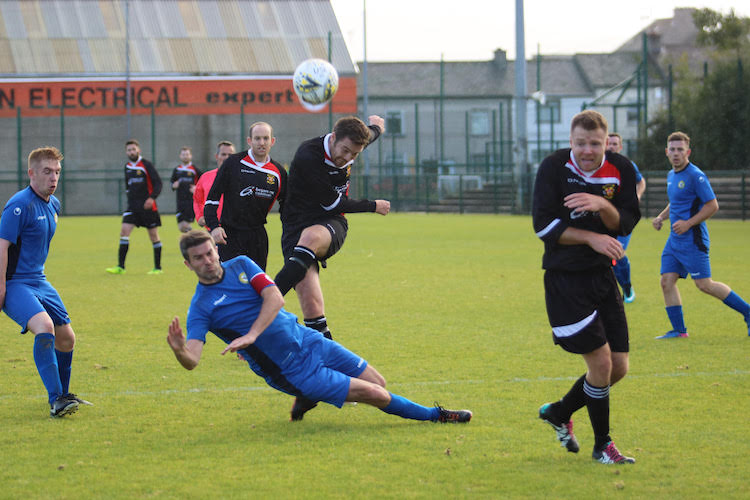 Gerard McLaughlin was the hero of the hour this afternoon as his goal gave the Ulster Senior League a 1-0 win over Connacht that keeps their Michael Ward Trophy hopes alive.

Heading into the final day, when USL face Leinster and Munster – now the side in pole position – take on Connacht, the hosts are in with a chance.

That’s down to McLaughlin’s 82nd minute winner against Connacht at Maginn Park.

“The main thing today was getting the result and stay in it for tomorrow,” the Cockhill Celtic man said.

“Being realistic we’re probably not going to win it, but at least we’ve given ourselves a chance. We just have to beat Leinster and see where that takes us.”

Following a 2-1 defeat by Munster on the opening night, the USL delivered a response with victory in Buncrana.

McLaughlin said: “Last night, even though we went 2-0 down, we played a lot better and looked better on the ball.”