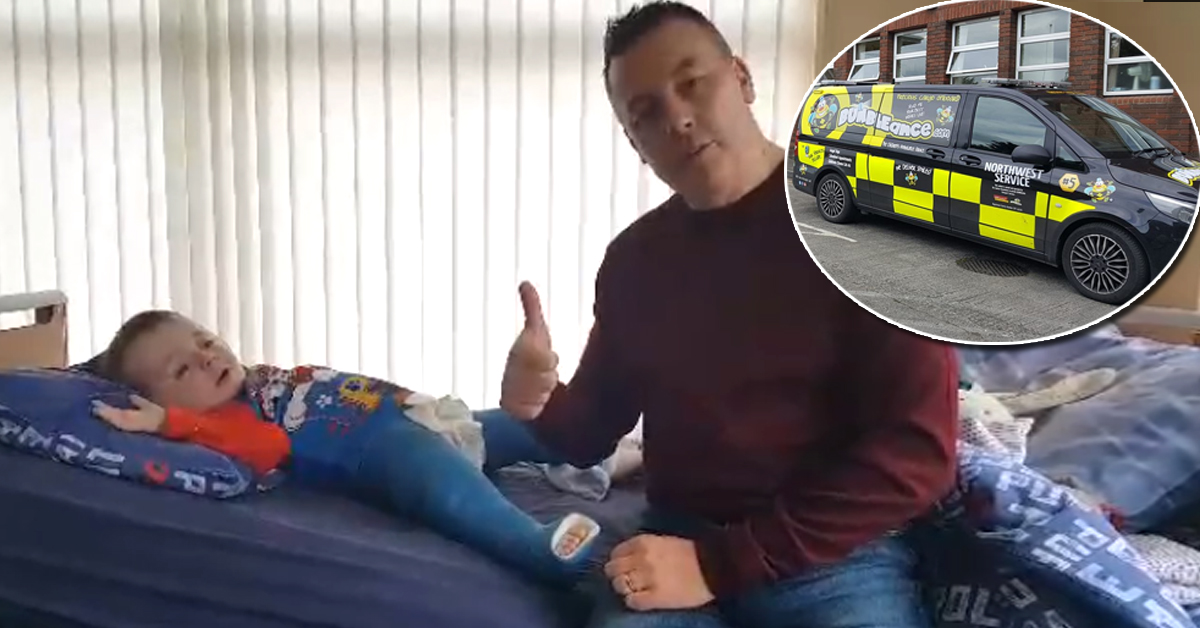 Raphoe schoolboy Jack Beattie may be recovering from major surgery, but he took time out this week to support a local fundraising event for BUMBLEance.

Jack (aged 7 and a half) is a local ambassador for the north west BUMBLEance children’s ambulance service. The charismatic boy and his parents Ruth and Kenneth have really benefitted from the service over the summer, and now Jack is helping to promote a sponsored ‘Haunted Honda Run’.

A Halloween-themed Honda run will travel through the Twin Towns on Sunday 28th October, with all proceeds going towards BUMBLEance.

Here, Jack and former BUMBLEance driver Aidan Thompson call on the north west community to get involved in the fun event:

Jack is currently recovering from two major surgeries in his legs. He was born with Osteogenesis Imperfecta, which is also known as Brittle Bone Disorder, and has used a wheelchair since he was a tot.

Jack has undergone two surgeries since July at Temple Street Children’s Hospital to have rods inserted into his legs in the hope of lengthening them and strengthening them. He currently has a cast up to his chest bone to protect his spine as he heals from surgery.

The bright young boy, who wants to be a garda when he’s older, dreams of being able to walk.

Mum Ruth said: “Jack has three spinal rods inserted into his legs so far – two in his right leg and one in his left. He has to go back to get the left tibia done another time.

“These operations are hopefully to straighten his bones and hopefully get him up on his feet. Jack is determined to walk. There are some concerns because he has hydrocephalus (an enlarged head) and we have to be careful. But, we said that we would have no regrets if we gave this a try now.”

Jack was ‘recruited’ onto the Donegal Garda force through the Little Blue Heroes charity initiative this year. He enjoys being on duty and has been missing going out on the beat with the force. He is looking forward to getting this cast off in two week’s time. 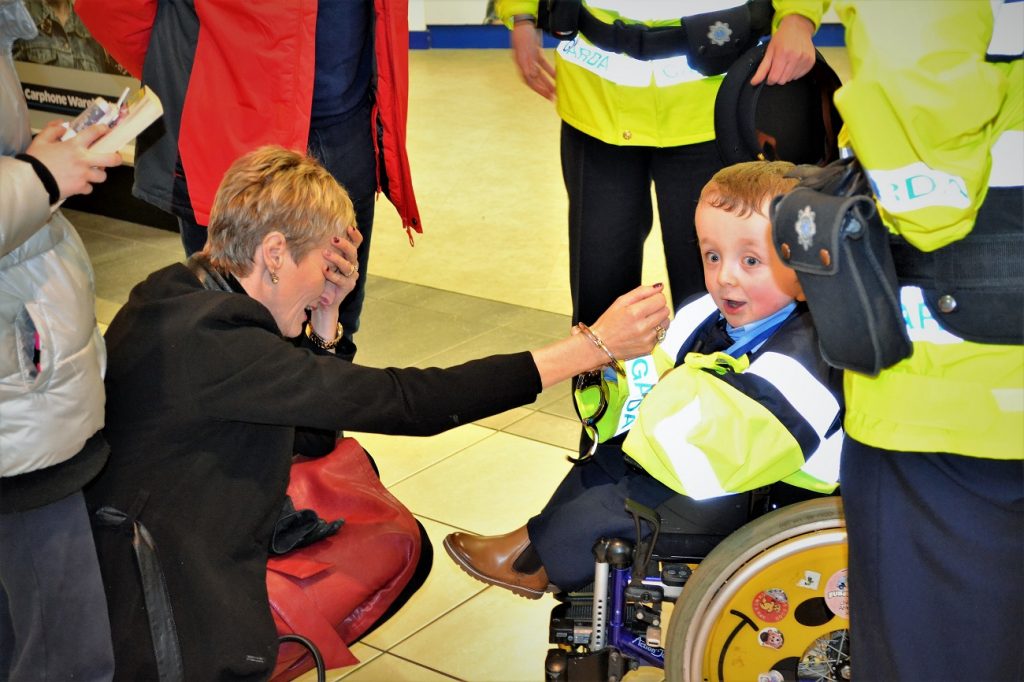 Ruth said: “Jack is raging that he’s not going to ‘work’ these days. He says he must go back to his colleagues as soon as he can.”

Jack was one of the first children in Donegal to avail of BUMBLEance transport. This summer, the service has been a lifeline to the Beattie family as they cannot take Jack in their car due to the cast.

Ruth said: “We used BUMBLEance five times since July to get up and down to Dublin.

“Noel the north west driver takes us up and brings us home. He helps get Jack out and gets him comfortable for the journey. It’s a fantastic service, nothing is a problem to them. We’d have been lost without BUMBLEance in the last few months,” she said.

Aidan Thompson was a former driver for the BUMBLEance north west region. It is a hugely rewarding and challenging role, as drivers take parents and children on journeys to routine appointments, surgeries, as well as heartbreaking ‘Angel Trips’ – which are the final journeys taken by terminally ill children. 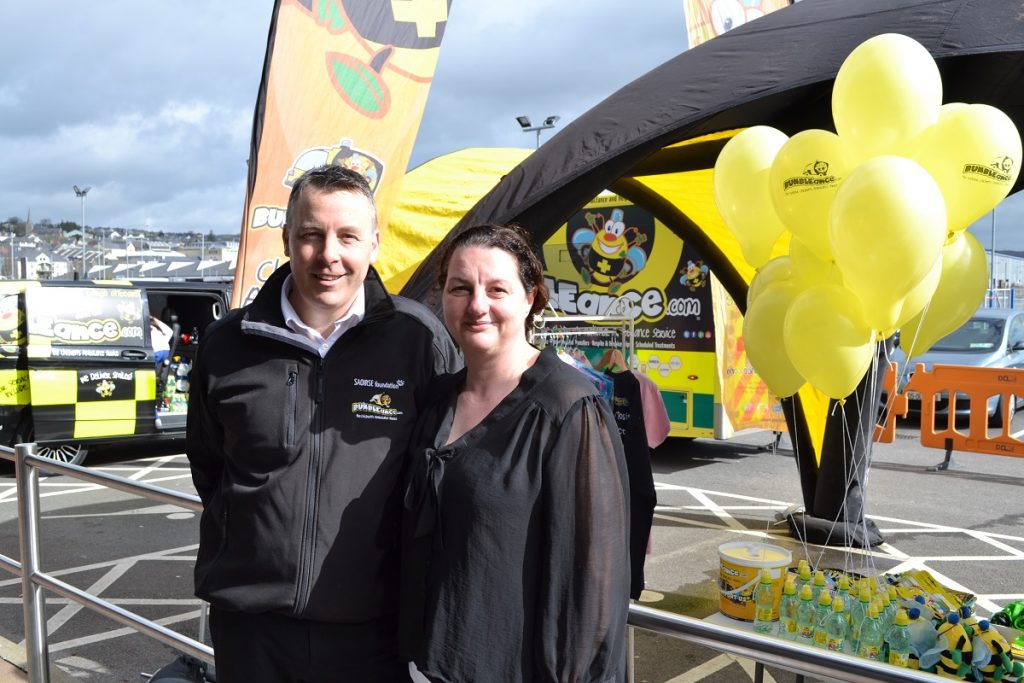 Aidan said: “Unless you have a sick child yourself it’s hard to imagine how much BUMBLEance can take a weight off parents’ shoulders.

“It’s all worth it to see a child happy and content in the back of the ambulance playing games. Their parents are less worried about the stresses of parking, clamping and traffic – since the BUMBLEance can use the bus lanes.”

The event invites anyone with a Honda 50 or motorbike of any shape, size or model, to get together and tour 40 miles through the Finn Valley on Sunday of the October Bank Holiday weekend.

People taking part are encouraged to dress in Halloween costumes and meet up at the back of Andy’s Bar after 11am.

Aidan said: “It’s going be be great craic and anybody who wants to come can just show up on the day. It’s €20 to do the run (includes a meal voucher) and we have a Honda 50 motorbike to auction at around 11.30am.”

The Honda was kindly donated by Raymond’s father Eamon as part of the fundraiser. 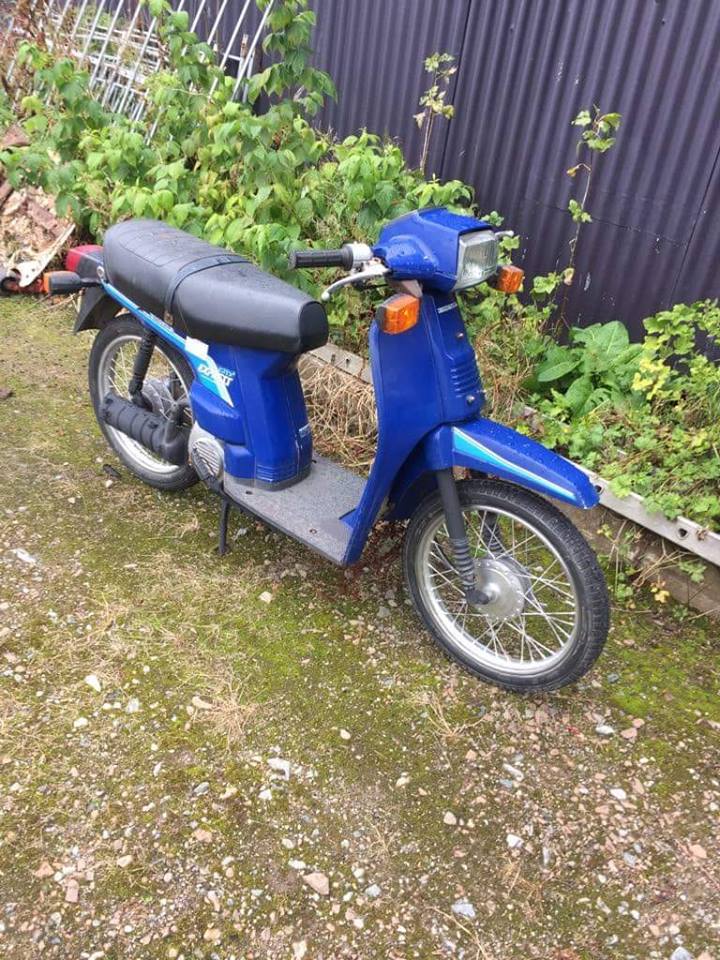 Local businesses are welcome to make donations or assist in the event in any way they can.

Aidan said the run has gathered great community support so far, with people agreeing to provide tea, coffee and refreshments.

With fancy dress and a party atmosphere, this promises to be a great spectacle.

“Expect to see vintage bikes, wee bangers and some great motors. We have also got the Devils Disciples coming to showcase their bikes. Everyone is welcome to come out and see us and the more people we can get involved the better,” Aidan said.

The committee plans to print raffle entries and distribute them locally in the lead up to the Honda run.