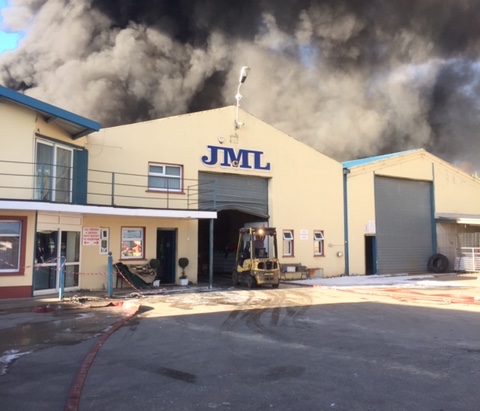 A massive fire at a waste recycling plant in Convoy was finally brought under control overnight and firemen stood down at 6am this morning.

The blaze, which caused tens of thousands of euro of damage to the JML Recycling facility at Roosky Upper began at 3pm yesterday afternoon.

At any one time, 40 fire-fighters and ten officers battled the blaze in searing heat.

Upon arriving at the scene, fire-fighters were met with a well-established blaze at the plant which processes mainly waste paper, plastics and timber.

Fire crews from Stranorlar, Letterkenny, Buncrana, Donegal Town and Glenties were mobilised to the incident. A support unit from Northern Ireland Fire & Rescue Service (NIFRS) was also in attendance.

Other crews from Milford and a second from Buncrana were also put on standby. 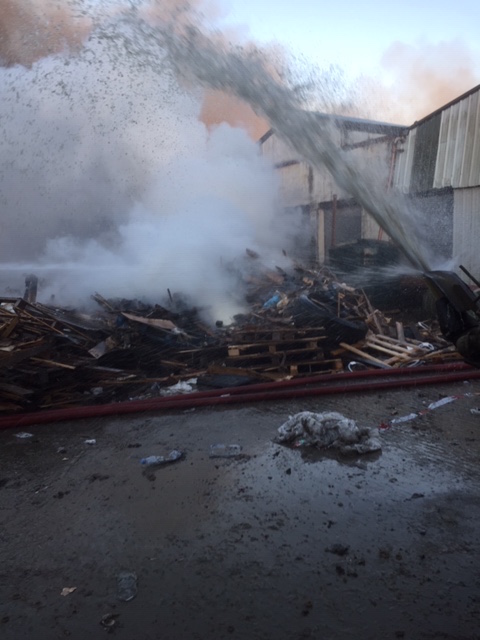 These officers took charge of crews firefighting throughout the whole area and coordinating with Gardai, council officials and members of the public.

Many thanks was given to local farmers and other members of the public who helped in bringing water to the site of the blaze in a bid to get it under control.

The fire was eventually brought under control at approximately 11.00pm and at that stage the fire-fighters had managed to save the main warehouse building and a private dwelling house that was also within the site.

Most of the damage was contained to the outdoor storage area.

Donegal County Council issued a plea to householders to keep their doors and windows locked as the blaze sent huge plumes of smoke into the local countryside.

A reduced crew remained on-site overnight to monitor the situation and continue to dampen down the remaining smouldering waste materials.

Notwithstanding the significant damage to the property there were no injuries reported during the incident.

The operation was stood down just after 6am on Sunday morning.

A full investigaiton into the possible cause of the blaze is expected to begin tomorrow when Gardai can get access to the smouldering buildings.