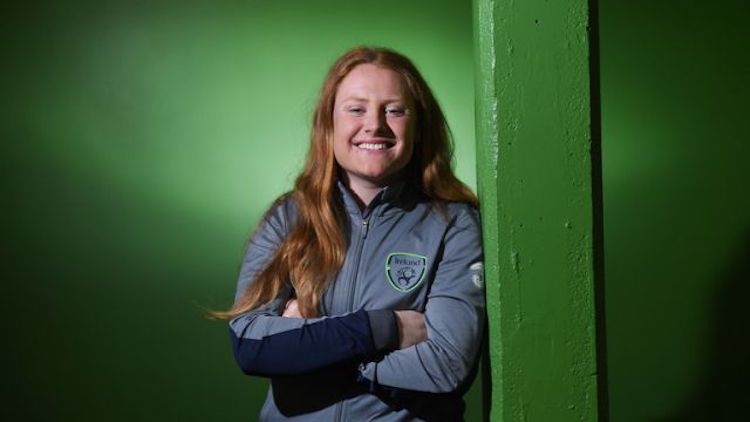 Amber Barrett played the last 28 minutes tonight as the Republic of Ireland senior women’s side went down to a heavy defeat in Poland.

Ireland were beaten 4-0 by the rampant hosts.

All of the goals in the 4-0 defeat came in the second-half as Natalia Chudzik (pen), Gabriela Grzywinska, Ewelina Kamcyzk and Ewa Pajor all scored.

Tyler Toland and Amy Boyle-Carr missed out through injury, while Barrett replaced

“I thought we were very good in the first-half, carried a threat going forward and we were really well organised,” said Bell.

“But the second-half was the worst 45 minutes of football I’ve seen in my time as Head Coach. Diane dives in to give away a penalty, something she didn’t need to do and then our organisation, our heads, went completely out of the window.

“We made individual mistakes and completely lost our organisation. Yes, we’re missing players tonight but we don’t expect to concede four goals, that’s not what this team is about and we need to ensure that doesn’t happen again.

“The second goal is obviously an incredible goal but the final two goals are basically counter-attacks where we leave ourselves completely open. The positive is that we had a number of young players come on this evening and did really well. Emily Whelan, Jessica Ziu and Zara Foley are future players for this team and I’ll be working with them in the future.

“It’s a really disappointing result and we expect more.”