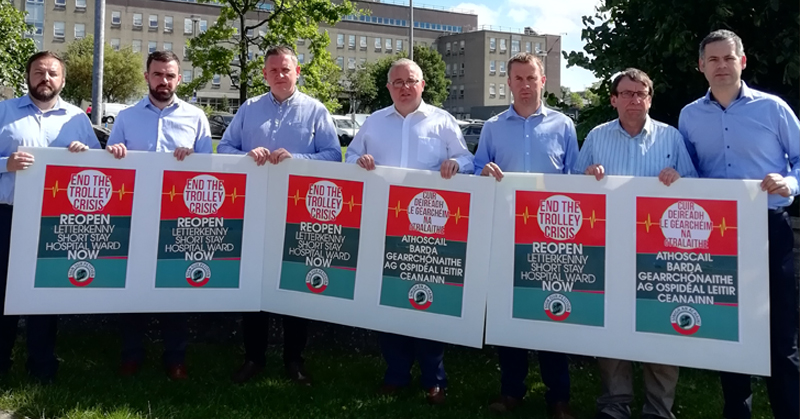 Almost 6,000 people from across Donegal have signed a petition calling on the Department of Health to reopen the short stay ward at Letterkenny University Hospital.

The petition, which was initiated as part of a Sinn Féin campaign, will be delivered to Health Minister Simon Harris this morning by Donegal SF Deputy Pearse Doherty and Senator Pádraig MacLochlainn.

The document calls for the immediate approval of €1.8million funding needed for the reopening of the 19 bed Short Stay Ward.

Sinn Féin representatives say the petition is expected to heap yet further pressure on the Minister for Health to reinstate the unit.

Speaking in advance of this morning’s handover, Senator MacLochlainn said: “As many people will be aware, we initiated this campaign to have these beds brought back into use because additional bed capacity is urgently needed at the hospital which continues to experience some of the highest levels of overcrowding seen anywhere in the state.

“In fact, last year a total of 4,889 patients languished on trolleys and chairs owing to overcrowding at the hospital’s Emergency Department.

“This means that for every day of 2017 an average of 19 people had been forced to wait on trolleys.

“This is despite the fact that mere metres away there is a 19 bedded ward lying empty – that is simply scandalous.” 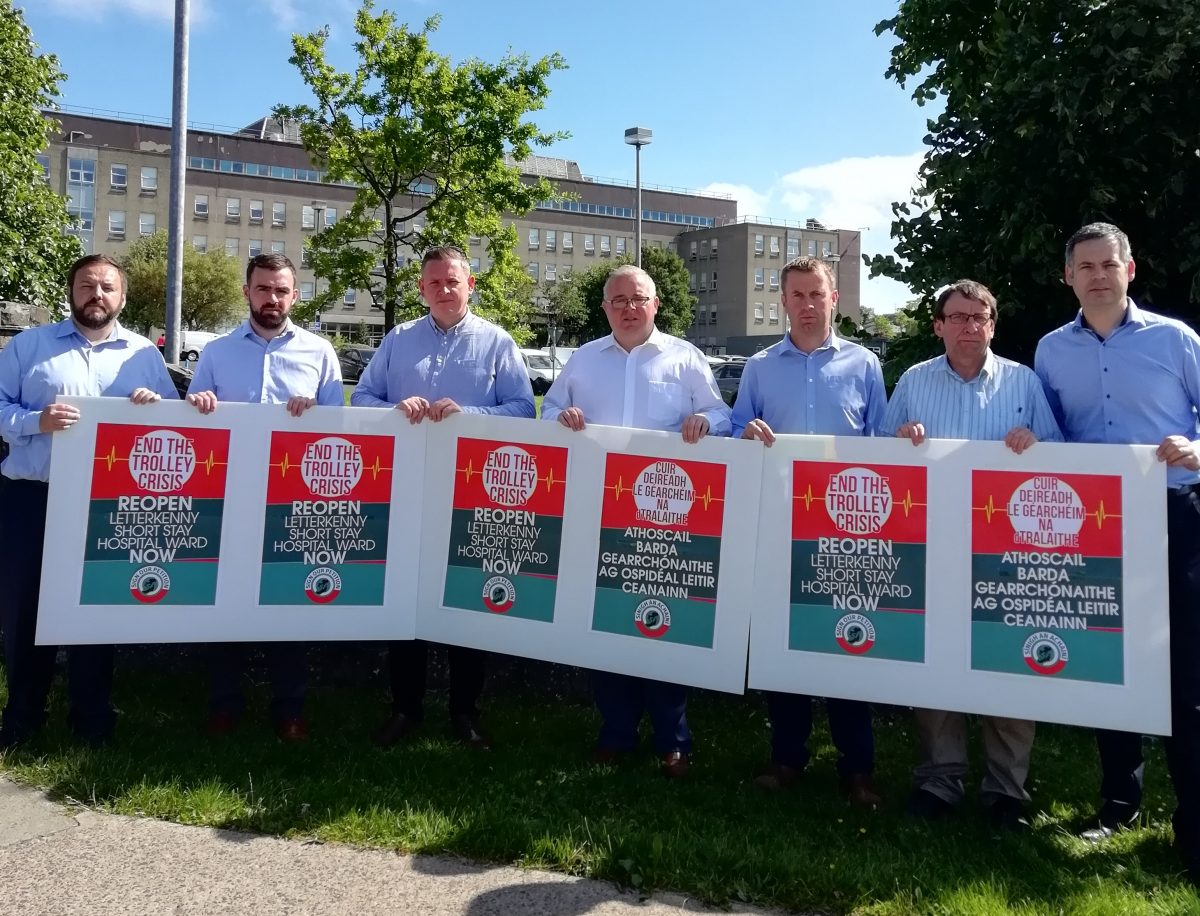 Sinn Féin Donegal Elected Representatives at the main entrance of Letterkenny University Hospital for the Launch last July of the party’s campaign demanding the reopening of the Short Stay Ward at the hospital.

Teachta Pearse Doherty added: “Instead of being an exceptional event, overcrowding at LUH has simply become an everyday reality at the hospital which continues to struggle with inadequate capacity and increasing patient numbers.

“And while Management at the hospital last year sought approval from the HSE to open and staff the Short Stay Ward at a cost of €1.8M, the Minister has sat on his hands and has done nothing.

“This is despite Senator MacLochlainn and I being on the record of both the Dáil and the Seanad calling on the Minister to urgently reopen the facility.

“Clearly, given the fact that the unit remains closed the Government has so far failed to take these calls seriously.

“However, considering the truly remarkable response from the public to our campaign, as evidenced by the thousands who’ve signed the petition both online and in person at stalls set up across local towns and villages over recent weeks, the people of Donegal will not stay silent.

“And given that Budget 2019 is to be announced later today, I will once again be using my speech as Sinn Féin Finance Spokesperson in the Dáil to highlight the need for Government to priorities spending in key areas including health and housing to tackle what are now serious crises in our society.”