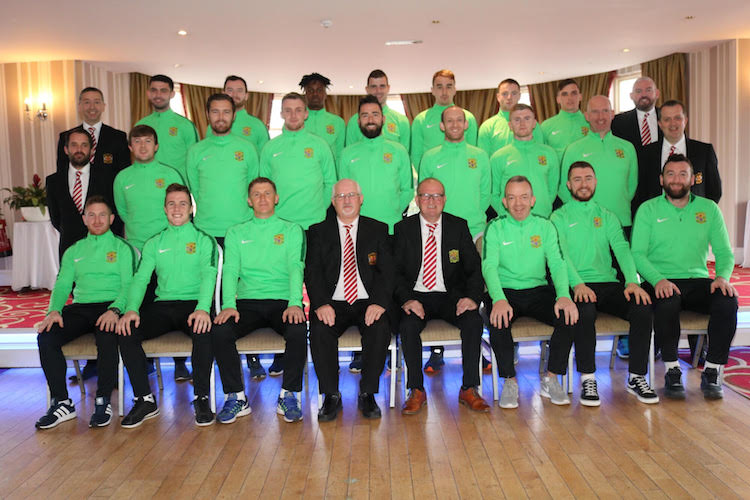 Anthony Gorman agonises over the what ifs from last weekend’s FAI Intermediate Inter-League Tournament, when his Ulster Senior League side had a big chance to reclaim the Michael Ward Trophy.

For Gorman, the table from the weekend, with the USL pipped to second on goal difference by Leinster, doesn’t paint the truest picture.

The USL lost one, won one and drew one – in that order – against Munster, Connacht and Leinster last weekend.

The 2-1 defeat to Munster on Friday night in Ballyare was the damaging result. The opening night loss – in a game bossed by the USL, the tournament hosts – meant the battle was an uphill one for the remainder.

“The first game is so important,” Gorman says, as he and his players go back to their clubs for the resumption of the Four Lanterns Ulster Senior League this weekend.

“On another weekend, we could have been sitting with seven or nine points. We had enough chances to win on Friday and Sunday.

“Friday was the one…it was so one-sided. At no stage were we concerned that we were going to lose the game. The chances kept coming.”

Gerard McLaughlin’s goal on Saturday gave the USL a 1-0 win over Connacht at Maginn Park while Tony McNamee’s brace earned a 2-2 draw with Leinster on Sunday at Dry Arch Park.

“We looked a real threat when we attacked at times,” Gorman says.

“The goals we conceded on Sunday were a case of bad decision making at key times. It was maybe down to fatigue at that stage because you could see they were flagging a wee bit. To the players’ credit – and they deserve all the credit – they took the game to Leinster in the second half.

“It was important to finish on a high and not lose.”

The USL have won this competition only three times in the past – under Danny McConnell in 1998 and twice under Donal O’Brien in 2013 and 2014.

Former Finn Harps manager Gorman, in his second year in charge, was pleased with the response from the clubs and players in the League.

Gorman said: “I couldn’t have wished to work with a better group. We had no egos in the dressing room. They unified for the weekend and it was an enjoyable tournament.

“We got a good reaction from the players.

“We’re glad that we’ve come out of it on a positive. We tried to make it as positive and professional as possible.

“Everything we asked for, we got. We wanted to organise things in a way that players couldn’t turn around and have excuses. The easies thing when things don’t go for you is to find an excuse. But we gave them everything that players require.

This weekend, Letterkenny Rovers – who Gorman is a coach with – host Finn Harps Reserves, while Swilly Rovers play host to Fanad United at Traigh-A-Loch.