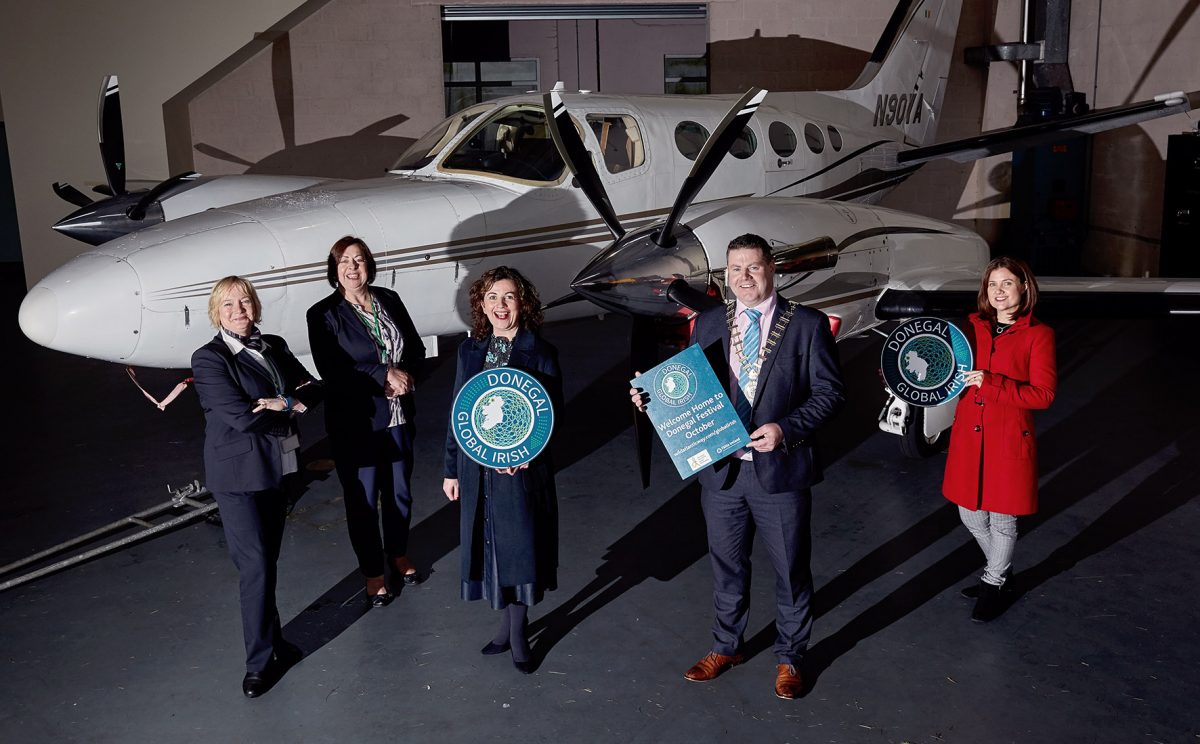 Part of the new Global Irish Festival Series, a joint initiative between the Department of Foreign Affairs and Trade and Fáilte Ireland, the festival is being organised by Donegal County Council and aims to encourage our diaspora to return home to visit Donegal.

The Donegal Global Irish Festival, a ‘Genealogy and Traditional Music Weekend’ will run from October 19th to 22nd.

Announcing the programme for the Donegal Global Irish Festival, Cathaoirleach of Donegal County Council, Cllr Séamus Ó Domhnaill said: “We are delighted Donegal was selected as one of just two counties along the Wild Atlantic Way to participate in the pilot Global Irish Festival Series and we very much look forward to welcoming home friends and family from Scotland this Autumn.”

A number of interactive sessions dedicated to generations of Herring Gutters, Tattie Hokers and Tunnel Tigers who left Donegal early in the twentieth century in search of new lives in Scotland will take place at Maghery Community Centre on Saturday, October 20, with a group of Scottish Irish traditional musicians, who are travelling from Scotland for the weekend, performing a special concert at An Chúirt Hotel.

“Looking to the next generation of diaspora, we are particularly excited about a Gaelic Football blitz we have organised during the October Bank Holiday Weekend,” added Cllr Ó Domhnaill.

“We have invited an underage team from Glasgow the Tír Chonaill Harps to take on our own C.L.G. An Clochán Liath on Saturday, October 28.

“The blitz will be followed by an exclusive coaching session with Donegal County Players and later in the afternoon, the players will take to the waves at Maghery Coastal Adventures, weather permitting.

“The players and accompanying family will enjoy a well-earned prize-giving dinner that night. Creating memories of trips home to Donegal from an early age will help us to engage with our diaspora on a deeper level so that we can all look forward to more regular visits.”

The weekend will offer visits to Arranmore Island and Glenveagh National Park as well as opportunities for visitors to enjoy local walks, golf or water-based activities.

Fáilte Ireland’s Head of Festivals, Ciara Sugrue, said: “The Global Irish Festival Series is a very exciting initiative and we are delighted to work with the Department of Foreign Affairs and Trade to pilot it along the Wild Atlantic Way.

“The local community through the Maghery Le Chéile resource centre has been a huge support in shaping and delivering the festival in Donegal and as the festival is taking place in the ‘shoulder season’ outside of summer, it will support tourism operators throughout the county to trade for longer.”