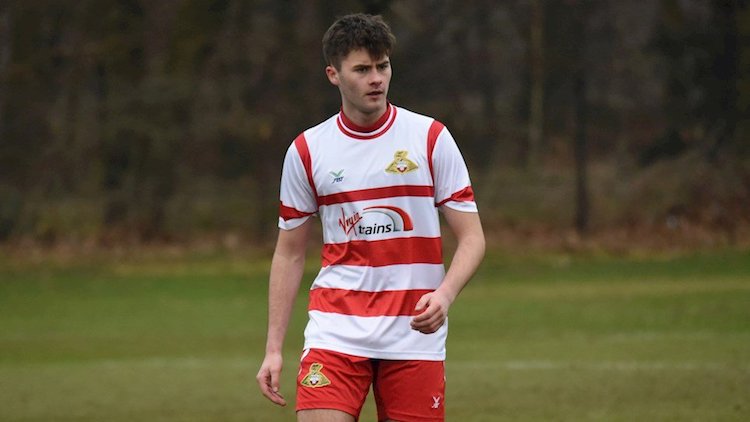 Blaney started for Doncaster in their 2-0 Checkatrade Trophy win over Grimsby Town at the Keepmoat Stadium.

After moving from Finn Harps in January, Blaney admits that the step into League One has been tough – but the Letterkenny teenager is confident that he can make the cut in England.

“It’s the stuff other than the football that I need to be doing. The biggest part of it is settling in. That’s massive. I probably only settled in this season.

Grant McCann, the Doncaster manager, told Blaney – who played against Everton for the club’s reserves in the Premier League Cup on Friday night – on Monday that he was in the starting line-up.

Alfie May scored a brace to ensure Blaney had a winning start and the former St Eunan’s College student had a header early on cleared off the line, denying him a dream debut goal.

He said: “It was good to get out there, really. It’s been a long time since I came over here. I played well and kept everything simple enough.”