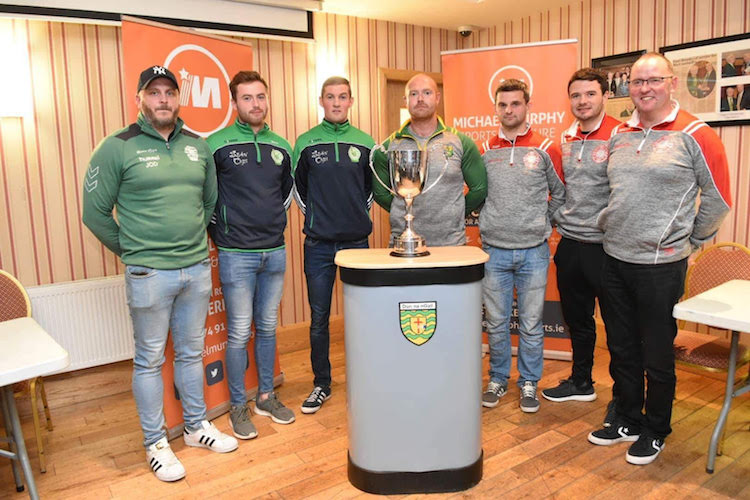 Gerard Ward goes back 12 years and it feels like yesterday.

The innocence of it all is not lost on Ward, now captain of Glenfin on the week of an Intermediate Championship final.

Back in 2006, he was in the full-forward line for a Donegal minor team that won the county’s first Ulster MFC title in 10 years.

Among his team-mates were Michael Murphy, Leo McLoone, Martin McElhinney and Declan Walsh who, six years later, brought Sam Maguire back to Donegal.

“That was the last bit of success I had,” Ward says.

“Some brilliant footballers came out of that to win All-Irelands and multiple Ulsters. We hoped to kick on maybe and win an Under-21, but that didn’t materialise.

“I haven’t won anything at senior level or played in a final at this level since then.

“That’s why we want to go out there and make every second count on Sunday.”

“A lot of those boys are taking initiative and putting themselves out there,” Ward says.

“It goes so quickly. Similar to the last time Glenfin won the Intermediate, we have a good gang coming through.

“For the last couple of those, we were battling against the hatch before we eventually fell. We were very disappointed to go out against St Naul’s in the quarter final last year.”

At the weekend, Glenfin pulled the burning embers from the fire. In fierce conditions in Ardara, Paddy O’Connor nailed a free, with the last kick of the game, to send them into the final.

Ward says: “Last year, they brought a very defensive game and we didn’t know how to cope with that. We ran down dark allies. We had nowhere to go to get a score. We showed a wee bit more maturity and patience with the ball this year.

“We just about got over the line with the last kick of the game.

“We’ll need to play better than we’ve played in the whole championship on Sunday.”

When Glenfin last won the Intermediate title in 2001, his father, Liam, and uncle, Frank, were on the side.

“There was great excitement and buzz, I remember watching that final from the Villa Rose end in MacCumhaill Park,” he says. “The men on the management now were involved and they’ve been telling us what it was like to win it.

“That gives us that extra bit of motivation to go on and do it this weekend.”