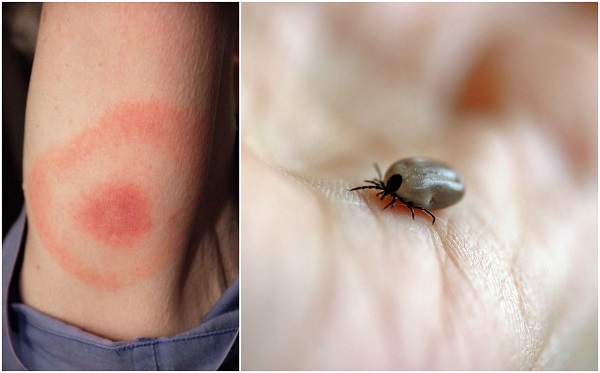 Paul Doherty is preparing for a “radical” treatment plan that will raise his body temperature to 42 degrees in the hope of beating Lyme disease.

The Irishman from Cromane, Co Kerry contracted the disease 30 years ago following a tick bite in Castlecove.

At the time, Paul thought nothing of the bite, but his partner Helena Hammond told the Kerryman that the effects of the small bite have been “debilitating”.

Speaking to the Independent.ie, she said: “If he went out and did something for a day, such as cutting the grass or fishing which he loved to do, it would take him two full days of doing nothing just recover his energy levels and get over the pain,”

“Now, 10 years after his diagnosis, it takes seven to eight days to get back to normal.

“If you are sitting at home all day looking at four walls and in the pain that he is in, it would be hard not to feel depressed. This disease affects you both physically and mentally,” she said.

The couple are now hoping to raise €30,000 for radical treatment in a clinic in Germany.

The potentially life-changing treatment on offer at the specialist clinic in Bad Aibling in Germany is Paul’s last realistic option of beating this disease, Helena admitted.

The treatment Helena describes is risky, but she said that if there is a chance it can help Paul, they are willing to try it.

“What they are going to do is they are going to heat Paul’s body up to 41.6 degrees Celsius which is obviously quite dangerous because it can potentially damage his heart and his brain but it is hoped that at that temperature, the Borrelia burgdorferi bacteria will die,” she continued.

“He will be monitored the whole time and, hopefully, we can kill all the harmful bacteria in his body,” she said.

A GoFundMe page has been set up and, even if people cannot donate to Paul’s cause, Helena hopes that people can fully understand the real danger of ticks and how prevalent Lyme disease.

“Some of these ticks in Killarney National Park are the size of a pin head and most people after being out in Killarney, they would not even think to check themselves for bites. People need to be aware of the reality of this disease and how damaging it can be,” she said.

You can donate to Paul’s GoFundMe page here