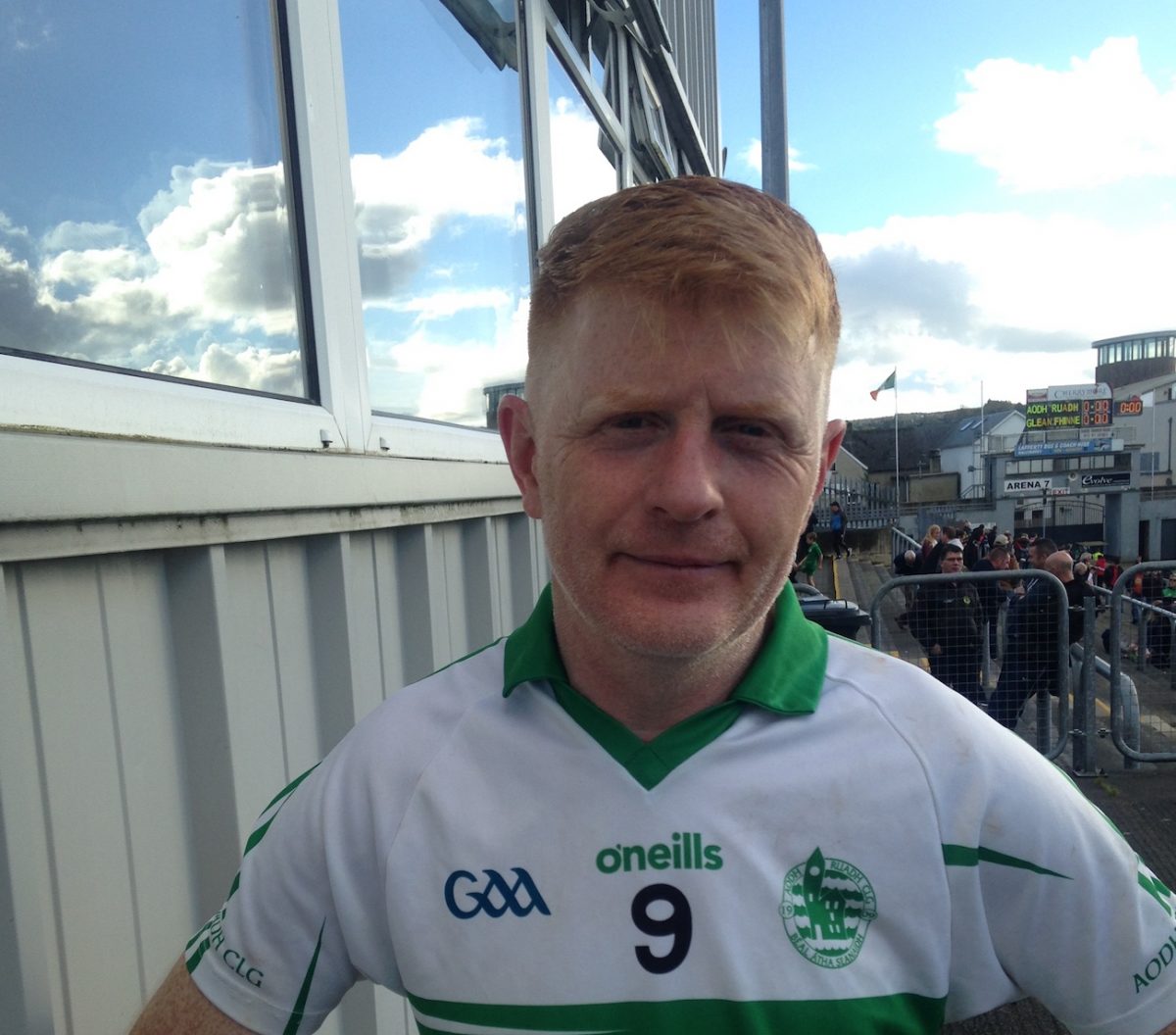 Kerry Ryan revealed that ‘a few home truths’ were told at half-time in the Aodh Ruadh’s dressing room as they failed to put on a performance in their Intermediate Championship B Final victory on Sunday.

Speaking to Charlie Collins after Aodh Ruadh’s victory at MacCumhaills Park, Ryan was delighted to get the victory.

“We got rid of few negatives in the dressing room, told a few home truths and it was just the matter of letting the young lads play football up and down the field, let the younger lads use their legs with the big field that it is.

“And to be fair, we made hard work of it, miss after miss, our forwards seem to need shooting practice more than anything else but our younger lads, whatever it is, seem to be a goal happy.”