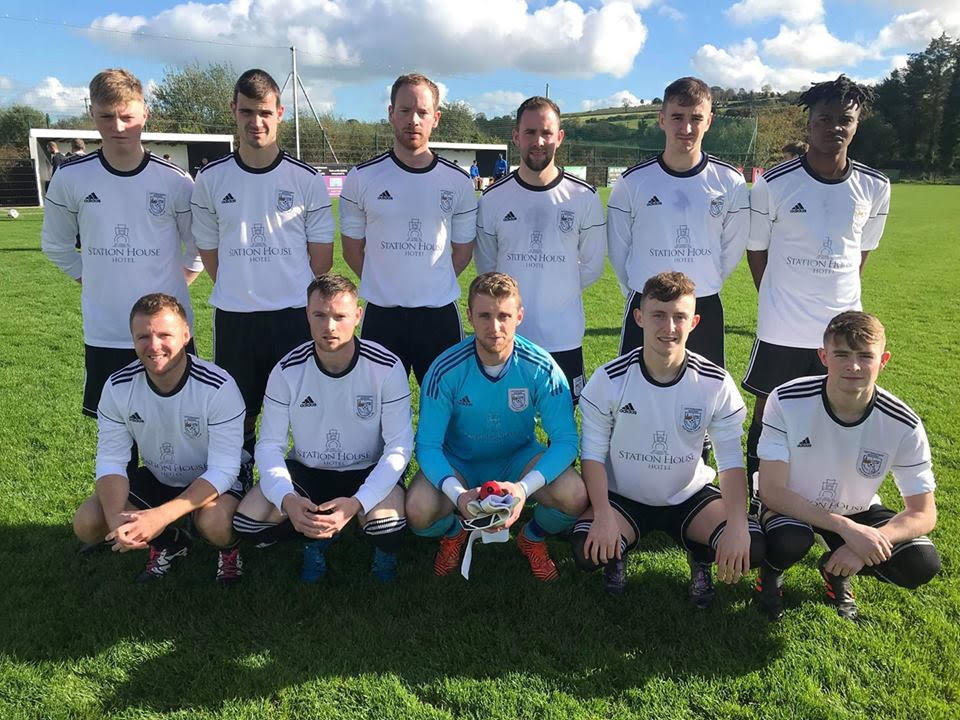 Letterkenny Rovers made it three wins from three in this seasons Ulster Senior League with a comfortable 5-0 win over Finn Harps Reserves in glorious conditions at Leckview Park on Sunday afternoon.

The heavy rain, which enveloped the county on Saturday, had no impact on an excellent surface and it wasn’t long before the home side stamped their authority on the game and after wasting a number of early opportunities scored three goals in the space of nine minutes to kill the game off at halftime.

Rovers were quickest out of the blocks and should have opened the scoring with their first attack after a neat flowing move involving Luke Nelis and Jonny Bonner saw BJ Banda through on goal but he shot just wide while Ryan McConnell and Chris Malseed both saw headed opportunities go just the wrong side of the posts.

McConnell then shot just over on 7 minutes and Rovers may have been left to rue those misses as Harps started to gain a foothold in proceedings with Liam Walsh firing a tame shot which didn’t overly trouble the home defence while ex Fanad Utd man Darren McElwaine shot just wide.

Rovers though started to press their authority on the game and took the lead on 22 minutes and it was a well-worked move which saw the outstanding Conor Tourish drive out of defence before playing interchanging passes with Banda and Tourish then fed Declan Sharkey who fired low past Harps custodian Joe Boyle.

That settled Rovers and they doubled their advantage on 27 minutes when again Tourish was the instigator with a long diagonal ball finding the cultured Johnny Bonner and his low left-footed effort gave Boyle no chance.

Tourish then extended the advantage when heading home Bonners corner on 31 minutes to make it 3-0.

Rovers then had chances to extend the advantage but Banda saw an effort well saved by a combination of Boyle and post while the former Harps man–now back at his former club-also came close with a header.

Harps to their  credit started the second half brighter and pressed for a way back into the game and forced a number of corners but didn’t overly threaten Rovers keeper Rory Kelly and any lingering hopes of a comeback were put to bed when Banda made it 4-0 on 58 minutes when he capitalised on a loose pass on the halfway line before driving on and firing a left-footed effort low to the bottom corner giving Boyle no chance.

A few minutes later, Boyle was forced into a double save to deny Sharkey and substitute Darren McElwaine on 62 minutes while McElwaine also shot wide after being well teed up by Kevin McGrath and the returning Paul McVeigh had a loud penalty claim dismissed by match referee Marty Quinn on 70 minutes.

Mark McAteer saw his effort for Harps go narrowly over the bar while Chris Malseed flashed one just over in a game full of chances but the goal of the game-and the loudest cheer of the day- was reserved for the evergreen McElwaine when his sublime chipped effort from 25 yards beat retreating goalkeeper Joe Boyle after a defensive lapse on 82 minutes.

Harps back in league action next week when travelling to Fanad Utd while Rovers welcome Cockhill Celtic in the Intermediate Cup.