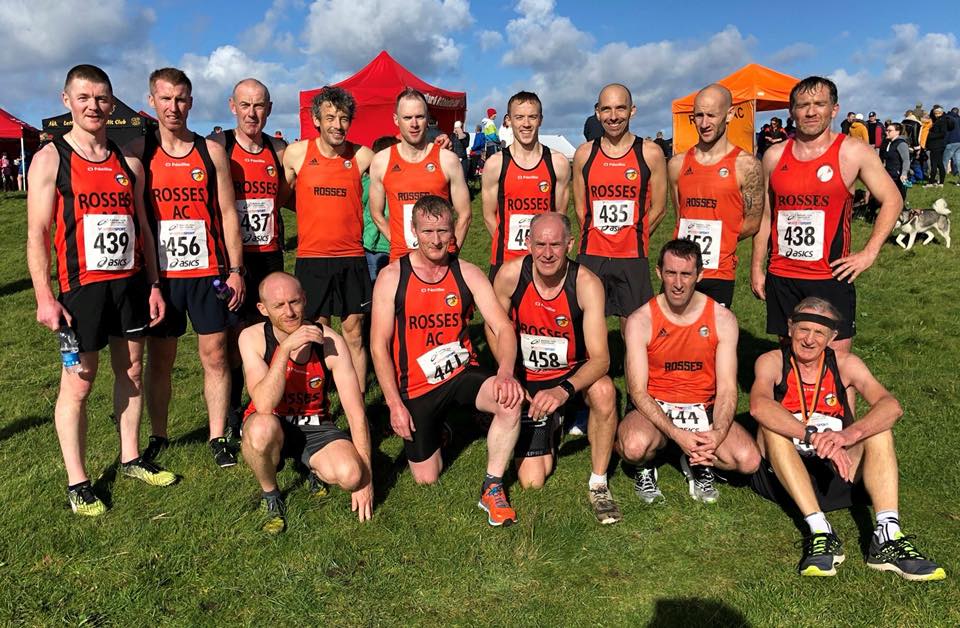 The ladies were first up with Helen McCready leading the team home with a brilliant 2nd place behind Niamh Kelly from LAC. Helen had a great team behind her with Emer McGee, Roisin Harkin and ladies club captain Cathy Breslin in close pursuit. They were backed up by Donna Boyle, Eileen Harkin, Lorraine Doherty, Elize Gillespie, Tara O’Donnell, Sally Mulholland, Sally Ann Mulholland, Sarah Mulholland and Shauna Ferry.

The team had to battle hard and on lap two buoyed by the home support they picked of the opposition teams one at a time to bring home a first ever Ladies title to the Rosses. There was little time for celebrations as next up was the men’s race where Letterkenny started favorites and strong teams from Milford, Lifford/Strabane and Finn Valley.

Letterkenny led out hard and were in a commanding team position after lap one with Lifford / Strabane and Rosses in that order. On lap two Noel Diver started to work hard and was gaining momentum to get into the top 5 with the Rosses lads grouping well and working as a team behind.

Lap three was championship lap for the Rosses and their strategy was to prove a good one with Noel Diver leading the way with a gutsy performance to get himself into a bronze medal position and just off second. Shane O’Donnell has the Dublin marathon in his sights but this determine athlete showed his strength to come home 2nd counter in 7th with Loughanure man Declan Ferry running one of his best races to come in 8th place.

Men’s team captain Charlie O’Donnell was not to miss out fighting to the end and picking of places to complete the scoring team in 10th place which saw an historic double gold for Rosses teams in the 50th edition of the Donegal novice. The untold story is what happened outside the top four scoring where our ‘team’ ethic saw every man work to the finish line which was what was to prove the difference in pushing Letterkenny’s 4th counter back and secure a six point winning margin in the end.

A decision was made to host the championships and required strong backing from the Committee and then the teams came together and a plan was devised and thankfully on the day both teams stuck to the plan and that was to prove vital as the last lap was the difference on the day.

There was a few outstanding performances on the day where individuals dug deep and buoyed by the local support it was to prove crucial having the home venue. It’s a day that will live long the memories fort many but its hopefully just a platform for the club to continue to grow and develop.