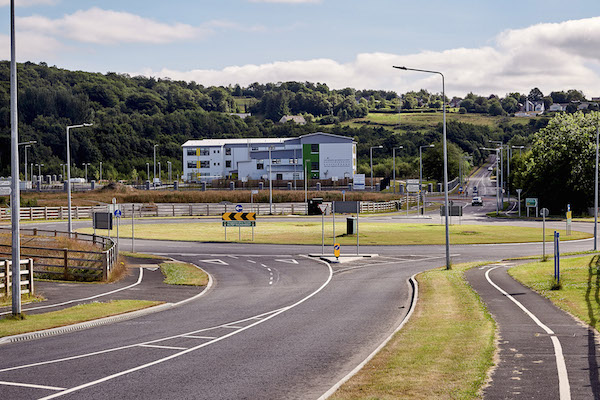 Senior Planner with Donegal County Council, Eunan Quinn, is at the coalface of shaping Donegal’s future. Now 25 years with the council, Quinn gives an insight into a topic which often divides public opinion.

The words balance and consultation come up a lot when Eunan Quinn, senior planner with Donegal County Council, discusses the work of the planning service.

Planning is about more than just regulations – “We’re facilitators as well,” Eunan said. “And that’s where the policy side comes in and the necessity of consultations with as broad a range and as broad a spectrum of stakeholders as possible.

“We have to provide a reasonable, balanced outlook to our policies,” he said.

Letterkenny’s recent designation as one of a handful of regional centres in the National Planning Framework, which came as planners prepare a new draft strategic plan for Letterkenny, illustrates that, he said.

When people think of the planning service, they often think of applications: the new house, the change of use for commercial premises. Donegal County Council is on target to receive about 2,100 applications this year, up to 4,500 when other application types and reports are included, such as those from local or state authorities.

Still, while those are key functions, along with enforcement and building control, the overall planning impact is broader. 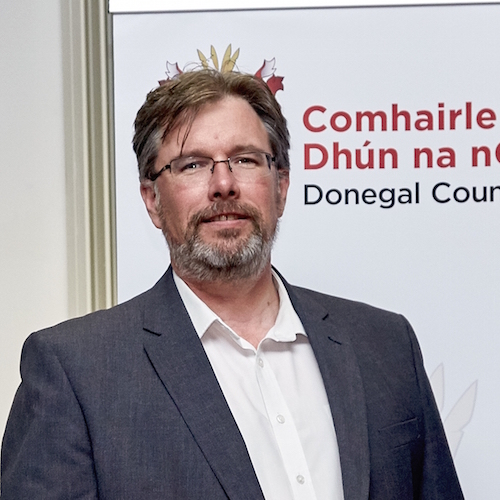 Take the six-year Letterkenny plan, one of nine area plans for towns and villages in the county. Letterkenny received the most recent regional designation because of its size – projections suggest the town population could grow to 35,000 – as well as its strategic importance in a cross-border region that includes Derry and Strabane.

“So those are debates we’ve started to have through the Letterkenny planning process that will be continuing” he said.

Workshops and other events were held this year in early consultation with the public, the business community, and other sectors and agencies; planners hope to have a draft completed by late 2018 or early 2019 for formal public consultation.

Donegal County Council is working with Derry City and Strabane District Council on establishing the North West City Region, and there have been cross-border initiatives between the councils and chief executives since 2014. The difference in this most recent designation are the resources that underpin it, such as recently announced urban and rural regeneration funds.

Still, none of these plans operate in a vacuum. In June of this year, the council adopted the County Donegal Development Plan (2018-2024), and more than half of current area plans were adopted recently. Those plans must align with national and regional strategy.

“The reality is decisions are actually quite constrained and defined and shaped by legislation and more particularly by policy, and we have to make our decisions within that context,” Eunan said. “We’re acting in good faith and in the interest of the wider community, so while that decision may be frustrating to an individual it doesn’t mean it’s not the right thing to do.”

At the same time, he said, “If we get it wrong we have to learn from that,” which may call for a review of policy.

“It’s about trying to reach balanced solutions that are in the common good,” Eunan said. Council services such as planning and roads also work together, along with Irish Water, to find those solutions, and the development of Letterkenny’s Business Park Road area is an example of that.

Eunan has seen changes in the service over his 25 years with the council, such as the increasing influence of European habitat directives. “It has created, in many respects, a parallel assessment process that has to inform all the policy decisions we take,” he said.

The growing importance of public engagement has benefitted the process, he said.

“People are becoming more aware of their planning landscape, and that there are things out there that influence their day-to-day lives and so, rightly, we are seeing more and more people become involved,” Eunan said. “People are very active, and all that discourse is very positive and good, and ultimately can only add value to the quality of the policy.”