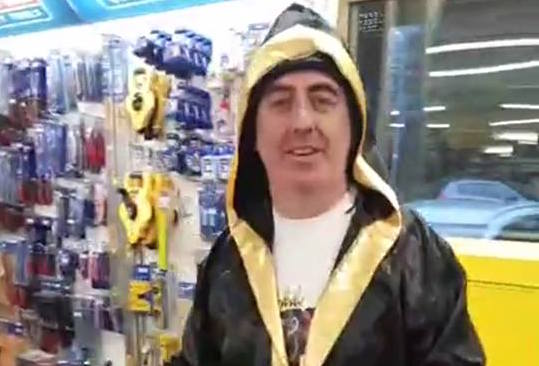 Anybody who has seen Watson Hire’s madcap videos will know that John Watson is not a man to be backward about coming forwards.

His videos highlighting his latest offers have been a huge hit on social media with an average of 30,000 views for each.

The videos, along with various social media campaigns, has seen footfall at his Letterkenny store rocket and increase sales by a staggering 200%.

He’s not quite a movie star just yet but those wellies he wears are certainly walking out the door by themsleves!

Now John is looking to walk away with the marketing award at this year’s Letterkenny Business Awards.

And if you don’t give him a vote, he could well land around to your door in those boots. You’ve all been warned!