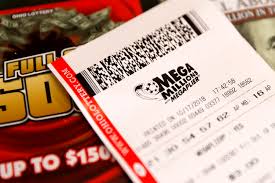 The next draw, which costs $2 to play, is set to take place this Tuesday night.

The previous largest single jackpot of $758.7 million was won last year by Mavis Wanczyk, a 53-year-old mother of two from Massachusetts.

In 2016, a $1.58 billion Powerball prize was split three ways by ticket holders from California, Florida and Tennessee.

But a note of caution – the chance of matching all six numbers and taking home the grand prize is one in 302.5 million.

What is more, after federal taxes and state deductions, winners will generally end up with around half that amount in upfront cash winnings.

The strategy seems to be paying off – states have reported that lottery tickets fly out of shops when the top prizes reach gigantic sizes.

In California, for example, people were buying 200 tickets per second during the lunch hour on Thursday.