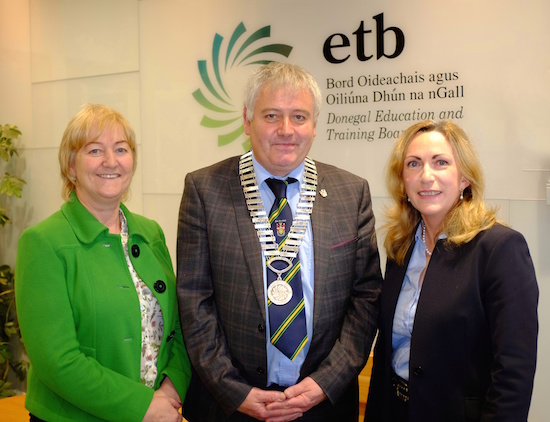 Donegal ETB has announced that Cllr. Martin Harley has been elected as Chairperson of Donegal ETB at its meeting this afternoon.

Speaking about his election Cllr. Martin Harley said he is delighted to be elected to this important role with Donegal ETB.

“In 2017 over 26,000 students and learners availed of education and training through all its schools, centres, programmes and services.

“I look forward to working with the staff of Donegal ETB over the next year to support young people and adults in communities across the county to achieve their educational goals.”

Philip McGlynn has also been elected as Deputy Chairperson.

Donegal ETB is the largest provider of Further Education and Training (FET) in the county with over 11,000 learners completing courses with it in 2017.

Further information on Donegal ETB can be found on its website (www.donegaletb.ie) or social media accounts – Facebook/Twitter (@DonegalETB) and YouTube (Donegal ETB).