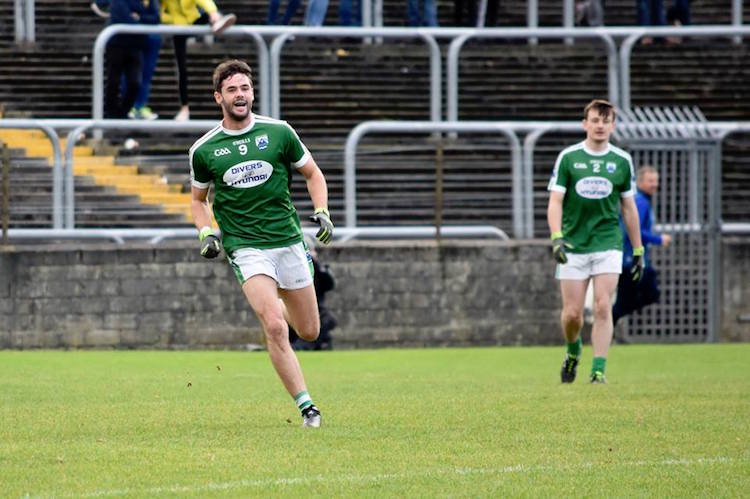 The selection is dominated by the champions Gaoth Dobhair, who have nine players included in the 15.

Beaten finalists Naomh Conaill have three players, with two players from Glenswilly and one from Sean MacCumhaills.

The 38-year-old James Gallagher had a brilliant campaign for Glenswilly. His kick-outs, in particular, were brilliant. Was unerringly accurate in his distribution and gave Glenswilly a solid foundation with his experience.

One of the unsung heroes of the Naomh Conaill campaign was Jason Campbell. The Naomh Conaill defender made some heroic blocks and also scored a key late point in the quarter-final win over Kilcar in Donegal Town.

Thou shalt not pass! Neil McGee was the glue for Gaoth Dobhair at the heart of their rearguard. Showed all of his experience and big game know-how. Organised everything and played mainly as a sweeper, which allowed him to dictate and pull the strings.

The statistics prove the suggestions that Gary McFadden was one of the top players in the 2018 Donegal SFC. Had the job of marking the oppositions main threats and the Gaoth Dobhair man delivered each time, nullifying the influences of the likes of Ciaran Thompson, Niall O’Donnell, Jamie Brennan and Oisin Gallen.

Like McFadden, Odhrán Ferry-McFadden was a man-marker of some renown in the Championship. Kept the shackles tight on whoever he was on. Brilliant throughout Gaoth Dobhair’s surge for their 15th SFC title, he was another who delivered every time he crossed the white line.

After a horror year of injury, during which he wondered if and when he’d get back playing, Kieran Gillespie was outstanding for Gaoth Dobhair this year. Has pace and power in abundance. Known first and foremost as a defender, Gillespie’s traits make him an equally stern opponent when he’s driving forward.

When Naomh Conaill were in the trenches against St Eunan’s, Kilcar and Glenswilly, they looked to Anthony Thompson – and he delivered. Was one of the main reasons that Naomh Conaill reached the final. Gives his all every time and had a huge bearing on Naomh Canaill’s Championship.

The eight points he posted in Sunday’s final were the fitting grace notes for the 2018 Championship’s standout performer. That he was Man of the Match in one of Gaoth Dobhair’s greatest hours will live long in the memories of Gaoth Dobhair’s followers. Was at his best for much of the Championship and delivered some big moments along the way.

While he was kept very quiet in Magheragallon by Gaoth Dobhair in the group phase, Naomh Conaill moved Ciaran Thompson out the field after that – and it worked wonders. Thompson was superb at midfield, hit several big scores and his aerial ability was the launchpad for the Glenties men.

The lightening pace of Naoise Ó Baoill lit up several moments in the 2018 Championship. What he lacks in height, he makes up for in his endeavour. The diminutive Ó Baoill is selfless and was at his very best in this Championship. Perhaps, even, a county call-up could await.

It was perhaps strange to consider that Gaoth Dobhair would bridge the gap with Eamon McGee and Kevin Cassidy as their two frontline attacking players. Eamon McGee was so influential for the Magheragallon men. Did play a lot of the game in defence, but it was in his role higher up – ‘making a nuisance of myself’ as he described it himself – that he did his best work. McGee’s experience in winning frees and controlling the tempo the game was played at proved vital.

Gaoth Dobhair’s system and style allowed and encouraged Daire Ó Baoill to get on no end of ball and it enabled him to have a big say in every game. Ó Baoill showed why Donegal manager Declan Bonner rates him highly. Composed on the ball and powerful when he isn’t on it, he’s a player who can keep on improving – which can only be good for club and county.

Kevin Cassidy was Gaoth Dobhair’s go-to man this year. Played as their inside man all through the Championship. The former All-Star defender was patient and disciplined in his new role as the focal point of the Gaoth Dobhair attack. Contributed scores, too, but his primary role was in making things happen.

One of the standout results of the Championship was Sean MacCumhaills’ quarter-final win over St Michael’s. That win put MacCumhaills into a first semi-final in 14 years. Gallen’s own display that afternoon was excellent, scoring six points and leaving a real mark on the game. Overall it was a Championship that outlined the 18-year-old’s true potential.

That Glenswilly were inches from reaching another senior final was largely down to Michael Murphy. The Donegal skipper was his club’s top scorer all through their Championship campaign and they came so close to getting back to a final.