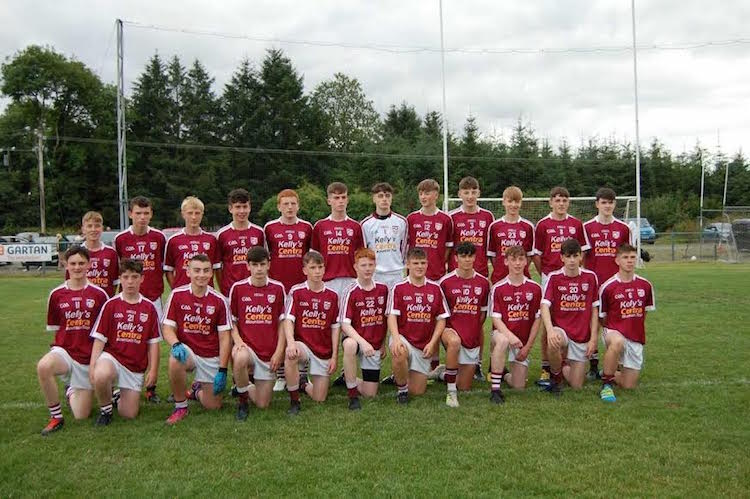 Termon to begin Ulster U16 quest with Newtownbutler clash

Termon carry the Donegal flag into the Paul McGirr Ulster U16 Club Champions Tournament and Trevor Alcorn’s side begin their quest for glory this Saturday in Dromore.

Sermon have lost just once all season at under-16 grade and have swept the boards.

Alcorn’s men held sway to overcome Gaoth Dobhair in the Donegal final and it was Termon’s first success at that grade.

That means they have a first Ulster U16 clash on Saturday in their preliminary round battle with Newtownbutler.

Attacking centre back Marty Steele and the imposing midfield partnership of Jack Alcorn and Kevin McGettigan  will look to provide a platform for a highly rated Termon attack and having come through a tough Donegal championship they will be heading into Saturday’s game as slight favourites in what will be a momentus occasion for the blossoming Donegal club.

“We set out this year with small achievable goals, to make training enjoyable, to develop players and to try to improve with every game,” Termon manager Alcorn said.

“Our one major goal this year was to win a county championship for the first time in the clubs history.

“We are now delighted to have the opportunity to compete at the highest level at U16 in the Paul McGirr Tournament, and every game from now on is a bonus.

“Our motto for the year is ‘when things aren’t going our way, work harder’ and this is something our lads certainly go by.”

The winners of this game will advance to a quarter final against Cavan champions Gowna.