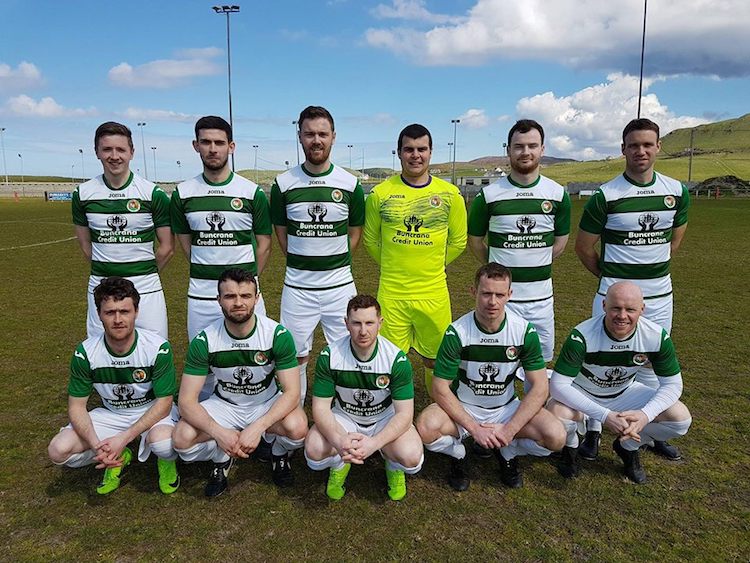 A 5-0 defeat at Leckview Park condemned Cockhill to the Cup’s exit doors and was their biggest loss in memory for the player-manager.

Jonny Bonner (2), Kevin McGrath, BJK Banda and Paul McVeigh hit the goals as Rovers soared to a win that raised eyebrows across the county.

Cockhill had Gerry Gill and Marty Doherty sent off and they will be absent on Sunday when Cullen’s Cockhill head for Dry Arch Park to face an in-form Bonagee United (2pm).

“It was very disappointing. What could go wrong did go wrong. It was a one-off. It wasn’t to say that Letterkenny were very good, we were so bad, lost a few goals and lost a couple of men into the bargain.

“It wasn’t like us. We under-performed. Goals change games and we conceded one after 35 seconds and one with the last kick of the first half. There probably aren’t worst times. At half-time, we still felt that we could get something, but the red cards came.

“The boys were very annoyed with themselves and we’ll see how we bounce back.”

Cockhill have won six USL League and League Cup doubles on the spin and have been a real dominant force in recent seasons.

Cullen and company had targeted a run in the Intermediate as one of their main objectives this season, but Sunday’s defeat leaves them concentrating on the domestic front for another term.

The former Finn Harps and Coleraine goalkeeper said: “It was disappointing and frustrating to go out, but we have to park it and get the head back on the League again.

“It’s important to put Sunday to bed and get a positive result on Sunday. It’s not going to be easy for either team and we expect a very competitive game.

“I’d expect nothing less than a response. The performance was bad, but the way we conceded the goals made it worse. It wasn’t a game where Letterkenny were 5-0 better. The manner of the defeat was more annoying than going out of the Cup.”

Jason Gibson’s Bonagee have started the season superbly, but have yet to face a side of Cockhill’s nous and experience.

Bonagee themselves had a big 8-1 win over Swilly Rovers in the Intermediate Cup on Sunday and Cullen expects a stern test of the credentials.

He said: “Bonagee is a tough one. They’ve started very well and are scoring goals. They look a threat. It’ll be a tough one regardless of last Sunday.

“The more teams that are challenging, the better for the League. Every year that I’ve been involved, it’s only been one team challenging. We had Derry one year, Fanad another, Drumkeen ran us close and then it’s been Letterkenny pushing it.”