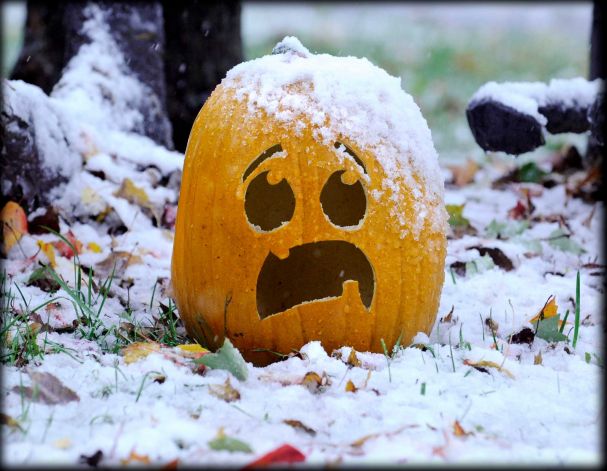 Frightfully freezing and snowy weather in store for Halloween weekend

Donegal will see frosty conditions and even snow this weekend as temperatures drop for the Bank Holiday.

Temperatures will plummet to as low as 0C on Friday night. Road users are warned to take care as there is a possibility of icy patches.

Met Eireann has warned of heavy showers in the northwest on Friday night, with a chance of hail and thunder.

“A little dusting of snow is possible on northern hills also,” said forecasters.

The rest of the Bank Holiday weekend is set to be even colder with some frightfully chilly nights in store. Saturday is due to be cold and windy with some sunshine and scattered showers – with some snowfall on higher ground.

Wintry lows of -3C are predicted on Saturday night, with a widespread frost forming and some icy patches.

Sunday will have a frosty start and remain a cool 7-10C during the day.

Met Eireann forecasts another cold night on Sunday: “Temperatures will drop away fairly quickly after dark, with frost forming in the clear, near calm conditions and some icy patches are expected.”

Nationally, Sunday night will bring lowest temperatures of -2C to 2C, with the east of Ireland expected to experience the worst of the cold.

Those planning to be out and about on Bank Holiday Monday will be encouraging to wrap up warm.

“Bank Holiday Monday looks like being dry and bright for most places,” said Met Eireann.

“Early frost and ice clearing. But Atlantic coastal counties look set to be breezy, cloudy and misty, with a risk of some light rain at times there. But some sunny spells should develop elsewhere.

“Highs of 7 to 10 C., in moderate to fresh southeasterly winds, which may increase strong along Atlantic coasts. Dry in most places overnight and cold, with frost and a risk of some icy patches.”