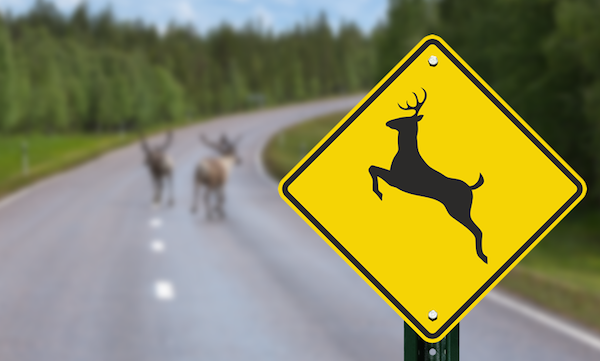 Two Letterkenny men had a lucky escape when a deer struck their car on the outskirts of Dunfanaghy last night.

The incident happened just after 10pm as the men were travelling to Marble Hill to attend a local function in their Ford Focus car.

The deer ran from trees and struck the passenger side of the car sending the car across the road.

One of the shaken occupants said “We were just blessed that another car wasn’t coming in the opposite direction or we were dead. It was a very frightening experience.”

Despite the car being badly damaged the men managed to get back to Letterkenny.

Although they were shaken the men did not suffer any injuries.

They have warned other drivers in the area to be careful of the deer crossing.