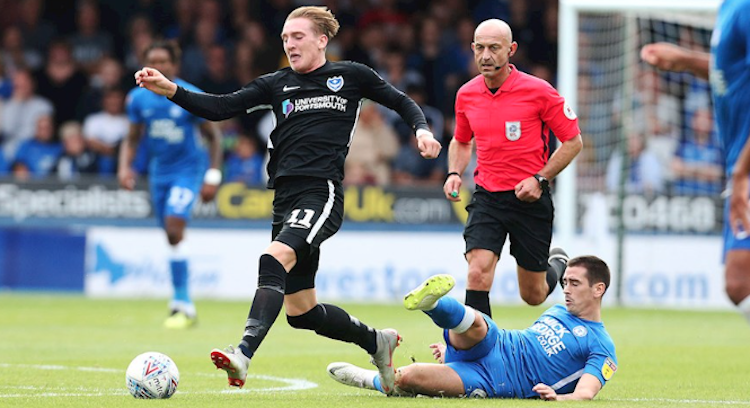 Ronan Curtis was denied being the hero for Portsmouth this afternoon as they had to settle for a League One draw against Accrington Stanley.

Pompey stay top of the table, though, after a 1-1 stalemate at the Wham Stadium.

Curtis was denied by a wonder save from Accrington ‘keeper Gareth Evans in the first half and the St Johnston man thumped a shot against the crossbar in the second half.

Old Hawkins put Portsmouth ahead, only for Michael Ihiewke to level it up.

There was no joy for Stephen McLaughlin, who was in the starting line-up for Southend United in their 3-0 loss to Sunderland. Aiden Geady, a 54th minute substitute, hit the third goal at the Stadium of Light.

Dale Gorman played the last 18 minute for Leyton Orient as they hammered Havant & Waterlooville 4-0 in the National League. Orient are now top of the table.

Conrad Logan was an unused sub for Mansfield in their 1-1 draw against to MK Dons.