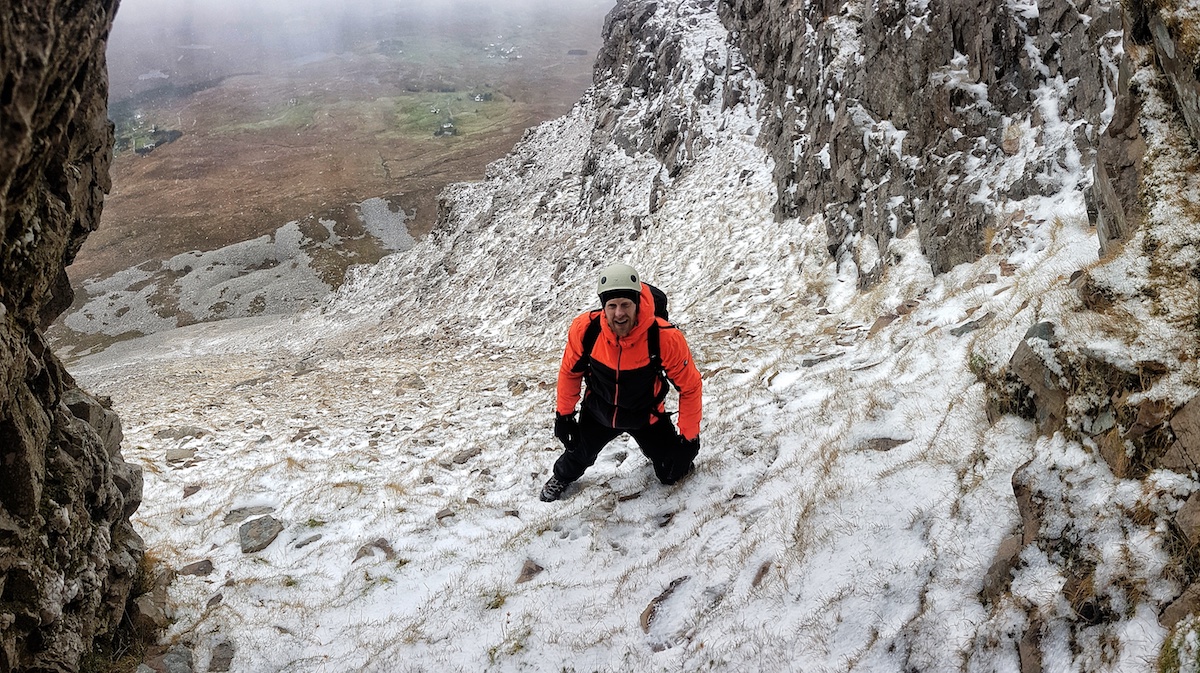 The first of the season’s cold weather reached West Donegal yesterday as the pinkish quartzite of Mount Errigal’s north face was covered in a white blanket of snow.

In an eerie video released on social media, Miller’s view is clearly obstructed by incoming thick cloud around the peak before his descent.

Check a few pictures below. 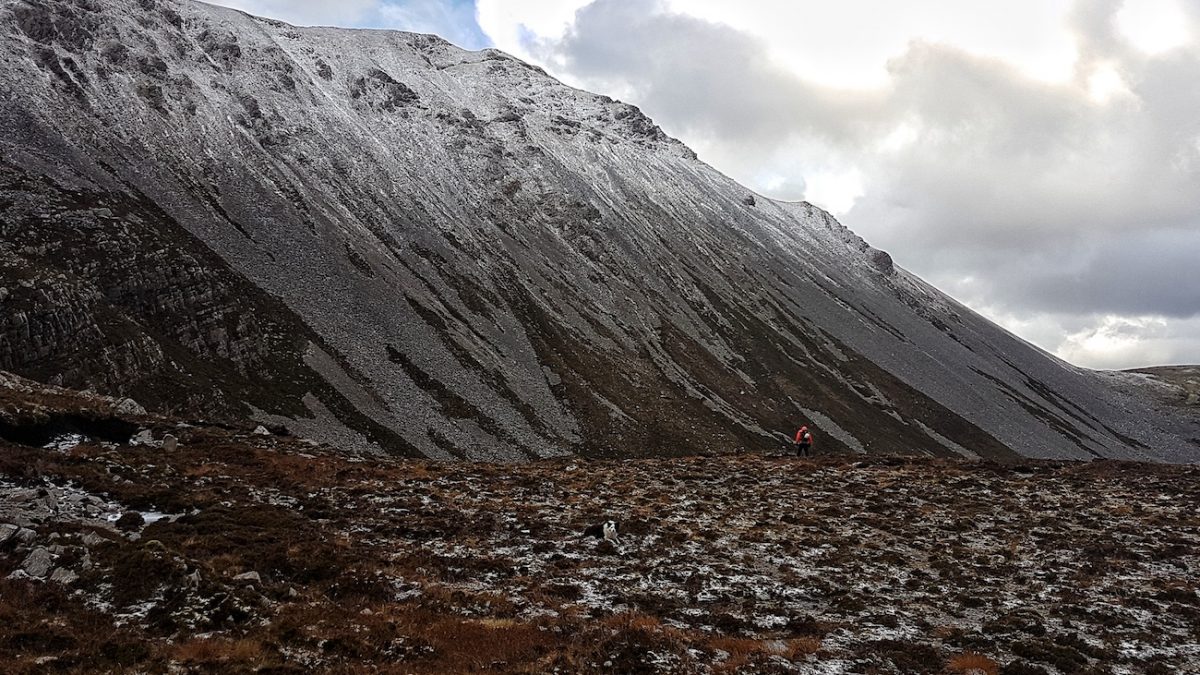 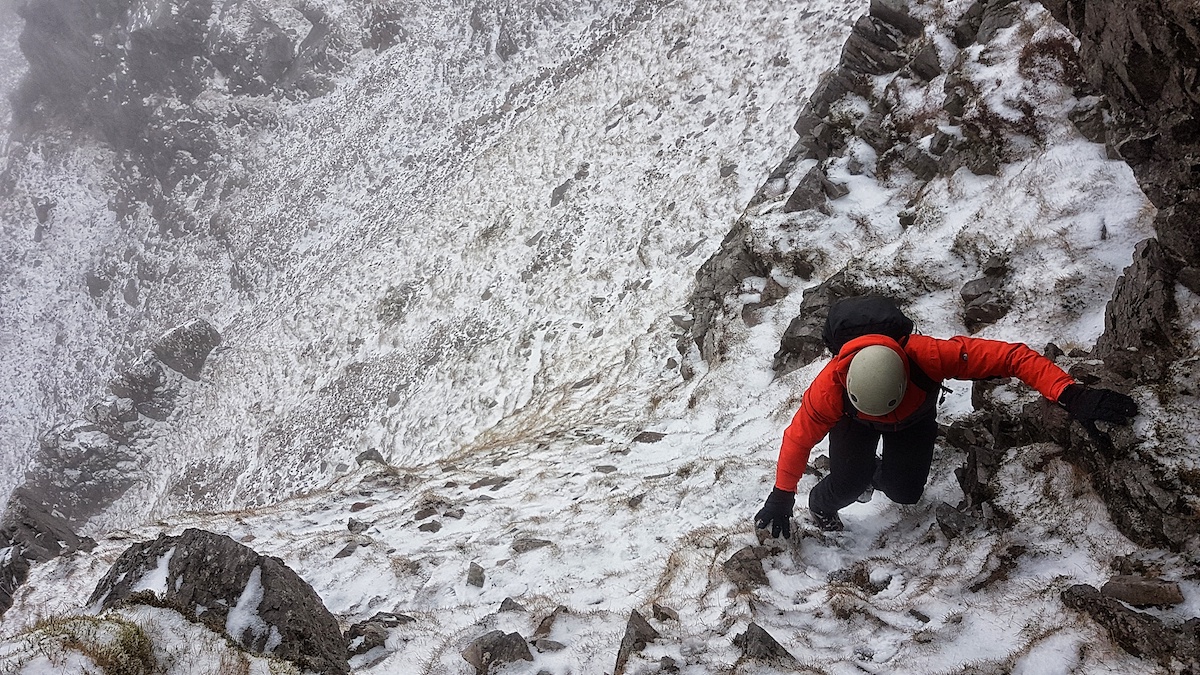