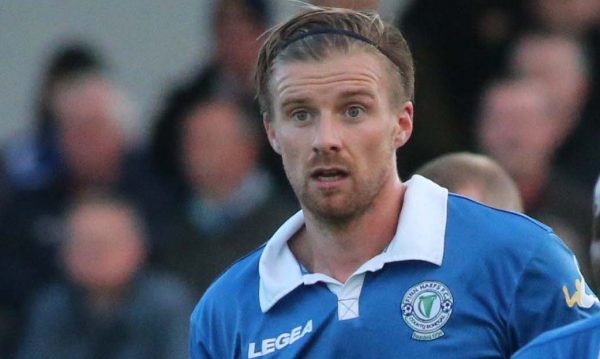 Keith Cowan says Finn Harps have to believe they have a big chance of toppling Limerick and getting a place back in the Premier Division.

Cowan ended 16 months of injury hell at the start of this season and the defender has been central to Harps’ promotion push.

Two legs against Premier Division Limerick stand between Harps and a return to the top flight.

“We have to think we have a chance,” Cowan said ahead of Monday’s home leg at Finn Park.

“We just hope we have enough left in the tank to get something on Monday night and to stay in it for next Friday.”

A horror knee injury sustained against St Patrick’s Athletic in the 2016 season meant Cowan missed all of the 2017 campaign. However, he’s played a huge part, with four goals added to typically sound defensive displays.

“I didn’t know if I’d make it through half the season,” Cowan said.

“The aim was game-to-game and month-to-month. I’ve stayed fit and healthy, bar a couple of knocks here and there, and I’m delighted to be part of the team.

“Time wasn’t on my side so patience played a key part. I got good advice form physios and it’s worth it now that I’m looking forward to these big games.”