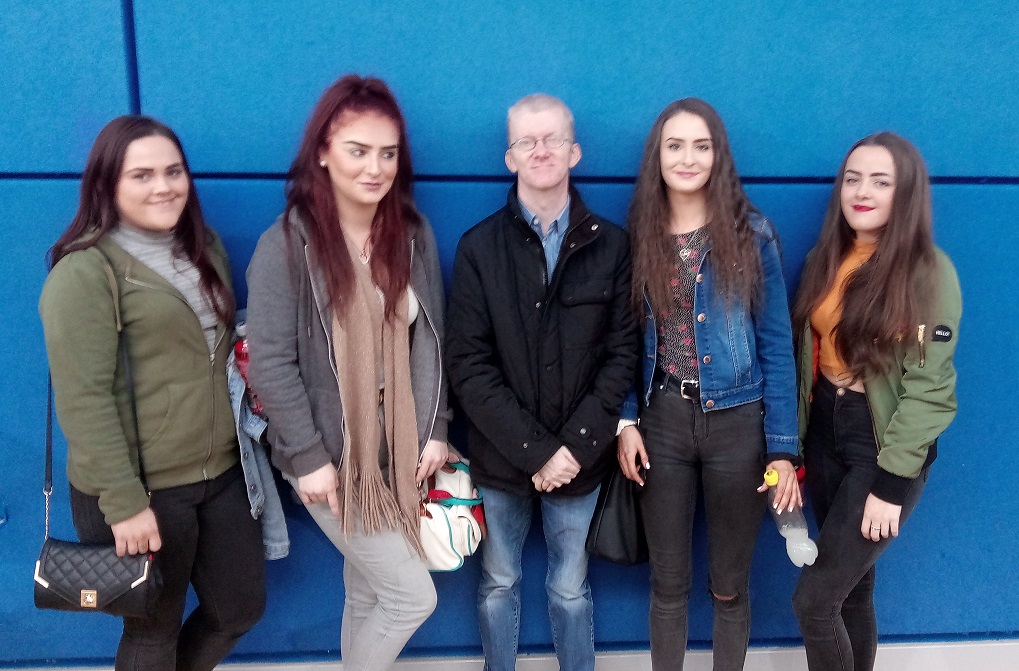 On Wednesday 24 October last, to kick off this anniversary year, Donegal Youthreach learners and staff joined over 1,500 other young people, 500 staff and over 100 invited guests and stakeholders in the impressive surroundings of the Sports Ireland National Sports Campus in Blanchardstown for a Festival of sport, fun, learning and information aptly named YRFEST. 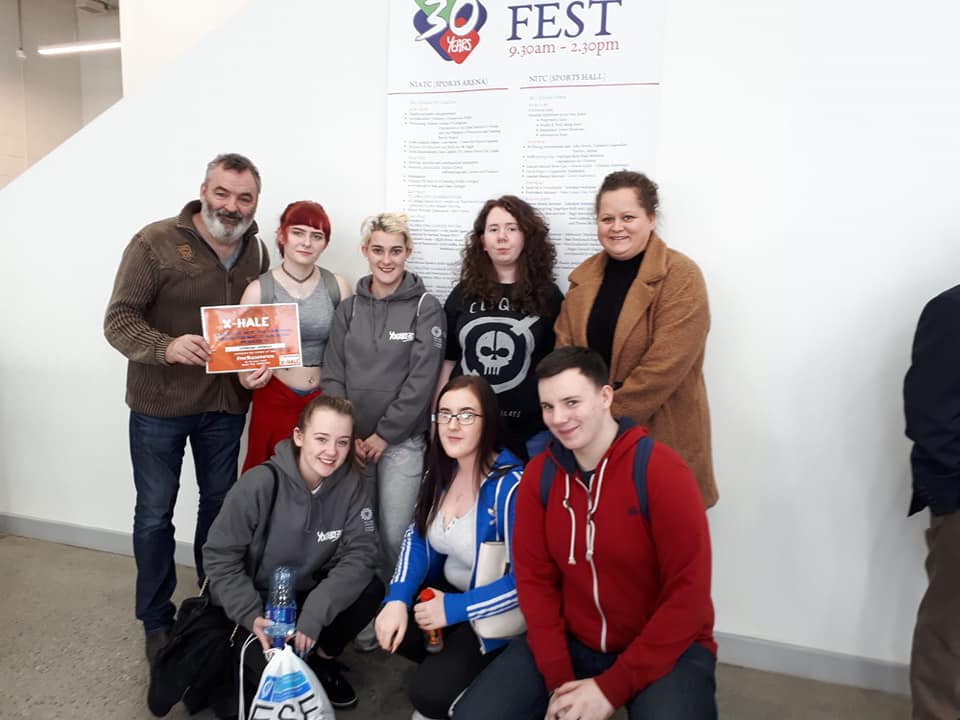 Youthreach is the Department of Education and Skills official education, training and work experience programme for young people for whom mainstream education has not been successful and for whom the supported and needs-based model that underpins the programme is much more suitable.

It operates across 26 counties, in 110 centres that are managed locally by the 16 ETBs. There are six centres in Donegal in Ballyshannon, Buncrana, Glengad, Gortahork, Letterkenny and Lifford, with places for 160 young people, managed by Donegal ETB’s Further Education and Training (FET) Service.

The event, organised by the National Association of Youthreach Co-Ordinators (NAYC), was opened by George O’Callaghan, Chief Executive of Limerick and Clare Education and Training Board and was officially launched by Deputy Lord Mayor, Councillor Vincent Jackson.

The newly appointed Minister for Education and Skills, Minister Joe McHugh spoke passionately about seeing the importance of young learners for the future economy through his previous youth work experience in Donegal, and how it is never too late to learn.

This event gave learners and staff alike a unique opportunity to engage in sporting activities ranging from long jump, sprints and hockey to dodgeball, table tennis and a hang tough challenge in the National Indoor Athletic Training Centre.

The atmosphere was electric and MC Evanne Ní Chuilinn kept the Arena hopping, introducing fantastic speakers and entertainers during the day on the Arena stage.

The creative space of the National Indoor Training Centre Sports Hall next door was equally exhilarating with MC Emma Power adding her unique flair to the atmosphere and keeping everyone engaged and entertained.

Here, young people and staff were treated to over 35 exhibitors, they took part in workshops and watched live performances from fellow learners, guests and speakers on the amphitheatre style stage.

Between the two stages everyone was treated to input from Rory’s Stories, John Doran on ways to well-being and Stephen Howell from Microsoft Ireland to name but a few.

“This is a fantastic event and a fitting celebration of 30 years of Youthreach”, said Dr. Dermot Stokes, former National Youthreach Co-Ordinator. Over 80 centres travelled to the Festival, with many of them leaving home at the crack of dawn and travelling from as far away as Donegal, Cork, Galway and everywhere in between.

In her closing address, Josephine Dempsey, NAYC Chairperson gave special acknowledgement to funders ETBI, SOLAS and ESF as well as individual sponsor agencies and the many key players, staff, learners and participants who made the day possible. She also gave special acknowledgement to the nine other members of the NAYC YRFEST planning committee who worked tirelessly and efficiently to make this event successful and enjoyable for all.

Gerry Griffin, National Youthreach and VTOS Co-Ordinator said, “The main focus of the day centred on the learners. Their engagement in the broad range of activities available to them highlighted the success of the day and the turnout from the different Youthreach Centres was tremendous!”

Youthreach is co-funded by the Government of Ireland, the European Social Fund and the Youth Employment Initiative as part of the ESF Programme for Employability, Inclusion and Learning (PEIL) 2014-2020.