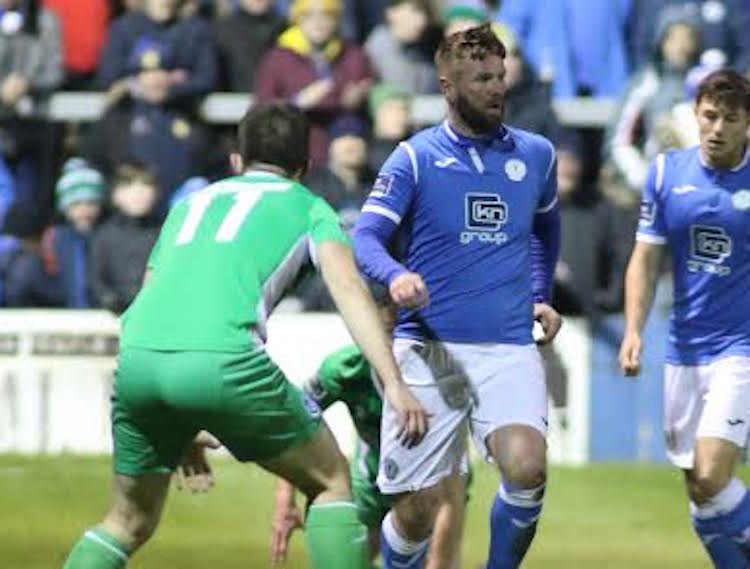 Paddy McCourt’s first-half penalty has given Finn Harps a priceless advantage in the promotion-relegation play-off against Limerick.

McCourt netted in the 36th minute for the only goal of a tense and cold night in Ballybofey.

The goal arrived when McCourt – making his 50th appearance for Harps – stroked home from the spot after Jesse Devers was taken down by Killian Brouder as he sped into the penalty area.

McCourt was making his 50th and penultimate appearance in the blue and white. The former Celtic winger is retiring at the end of the season to take up a role as Head of Academy at Derry City, but his fourth goal of the season, cooly tucking past Tommy Holland from 12 yards, has helped give Harps a big advantage. 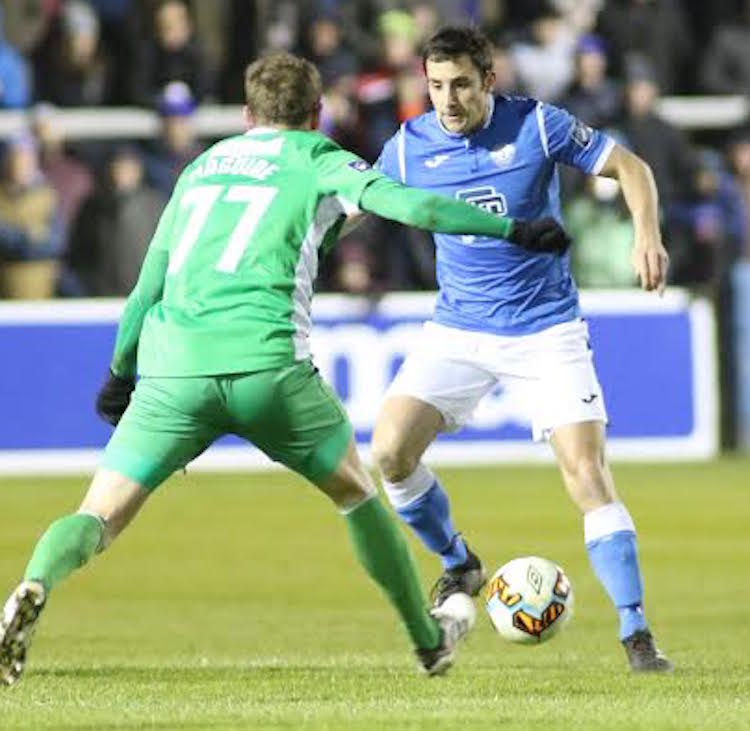 Eight minutes into the second half, Nathan Boyle drew a good save from Holland as Harps set about doubling their lead.

The official attendance of 2,379 was well below what club officials had hoped for, but the result was just about what the majority inside the old venue had been praying for and Harps head for the Markets Field for Friday’s return leg with an ever-so-slight advantage.

Stand-in keeper Peter Burke made a fine save to turn away a stinging effort fro Barry Maguire, just after Limerick saw big appeals for a penalty waved away by referee Rob Harvey.

Limerick almost stole a march in the 11th minute when Conor Ellis nipped to the ball ahead of the advancing Burke, only to steer against the base of the post. 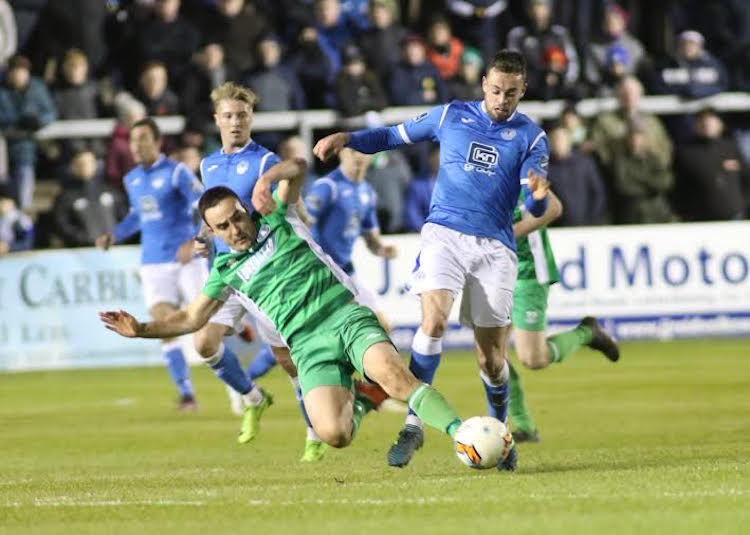 Moments earlier, Limerick captain Shane Duggan riffled a dangerous effort just over the top after latching onto a punched clearance from Burke.

The Moville man – who had played only three senior games previously this season – was elevated into the starting line-up in place of Gallagher.

News of Gallagher’s knee ligament injury rocked Harps and the absence of the Raphoe man – with 14 clean sheets to his name this year – was a major blow for Harps.

Harps were also without the suspended Mark Coyle, with the Inishowen man also set to miss Friday’s return leg. A booking in the 2-0 win over Drogheda took Coyle’s accumulation of yellow cards to 12 and a two-game ban.

Mark Timlin’s injury didn’t heal and it made for three changes to the Harps side with Devers and Gareth Harkin coming in.

The absentees certainly rocked Harps in the early stages, though the hosts did have their moments with Devers’ 20-yard effort kept out by a low save from Tommy Holland.

Earlier, Devers shot over from a similar position and it was the Mayo man who won the penalty that enabled McCourt to give Harps the lead.

After McCourt’s goal, there was a nervy moment for Harps when a ball in by Killybegs’ Shaun Kelly’s ball in arrived with too much haste for Conor Ellis and it took a timely Sam Todd block to keep Barry Maguire at bay.

Three years ago, when these teams also met in a play-off final, Kelly’s goal gave Limerick the advantage after the first leg at the Markets Field, but on an epic November night, BJ Banda etched his name into the Finn Park annals with a famous extra time winner.

Limerick launched a late bid to draw level and Maguire’s header was cleared off the line by Gareth Harkin.

Seven minutes of added time and a series of corners later the final whistle shrilled and Harps have a slender advantage as they head for the return leg.