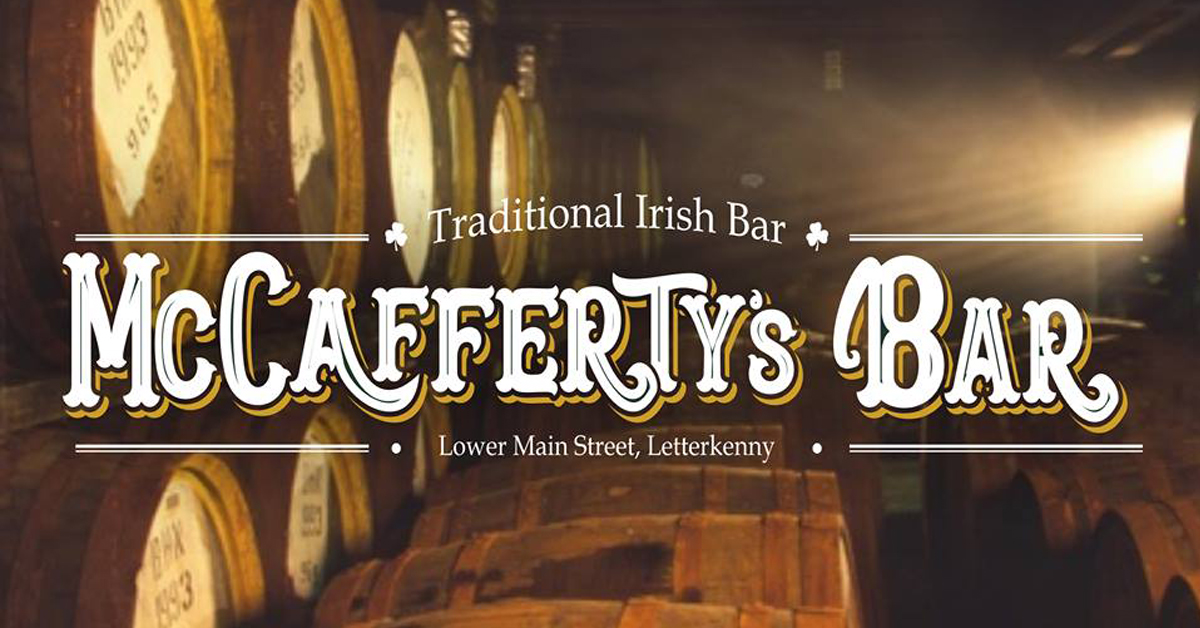 Letterkenny is just about to welcome its newest pub as the big day finally arrives for McCafferty’s.

After much speculation and anticipation, the inside of the mighty pub on Lower Main Street will be unveiled this Wednesday, Halloween night, at 7pm.

The people of Letterkenny have watched eagerly as the three-storey building, which formerly housed the Cavern, was transformed and revived to become a huge traditional Irish bar.

Owned by Declan Boyle, the pub is one of four McCafferty’s pubs in Donegal and the UK. Those who have visited other McCafferty’s venues will know to expect the same stylish and authentic Irish pub decor, great atmosphere and top entertainment.

McCafferty’s Letterkenny is set to be the town’s newest hotspot – with live music seven nights a week and all major sports shown daily.

Tonight, 31st October, will see the Whiskey Tears taking to the stage from 8:30pm, followed by The Wailin Banshees from 10:30pm. 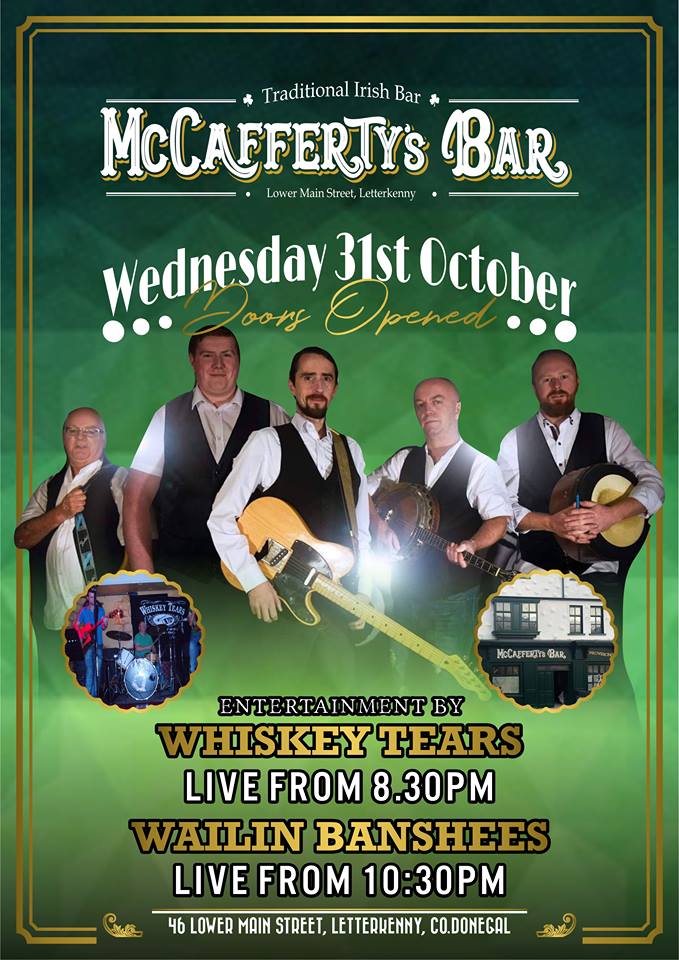 The opening party will have live music from John Muldowney at 8.30pm and Mad Notions providing the entertainment from 10.30pm. This is an event not to be missed! 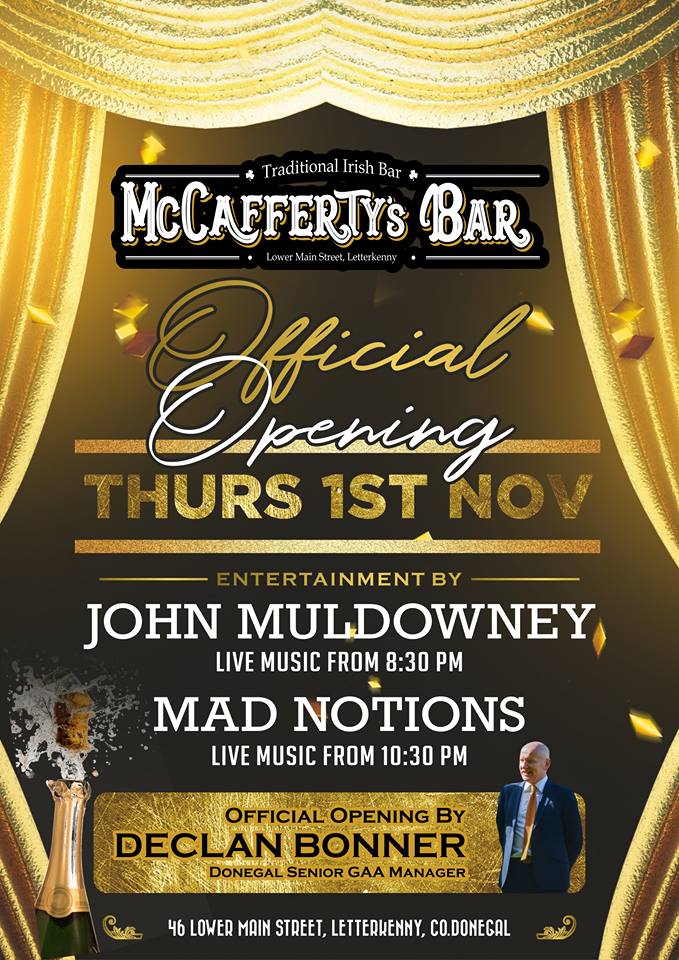 Here’s a sneak peek at what else is on this week at McCafferty’s. Follow their Facebook for regular updates: @mccaffertyslk 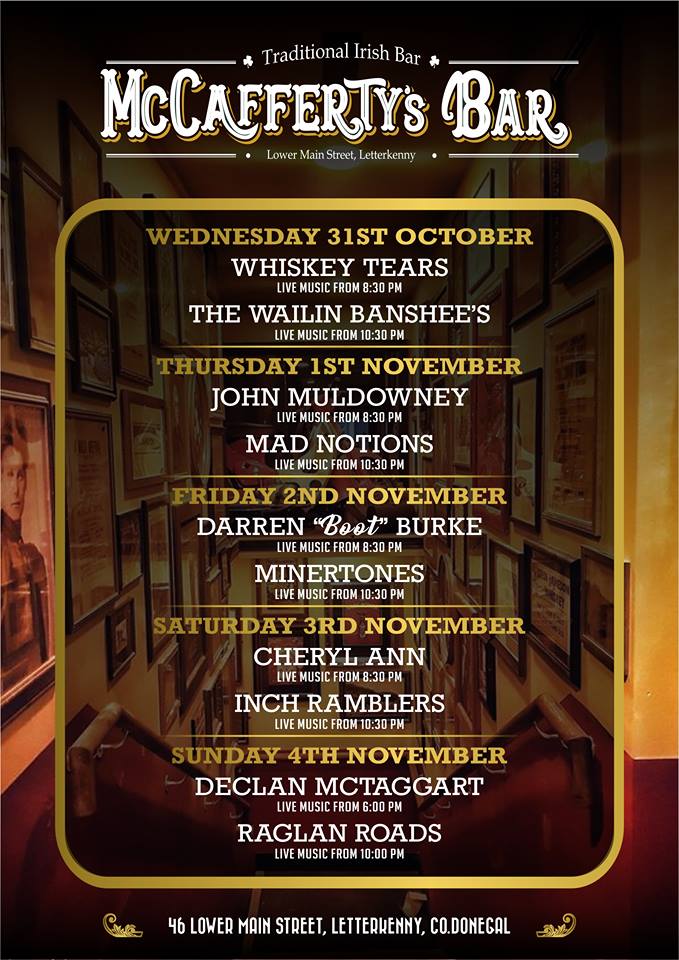 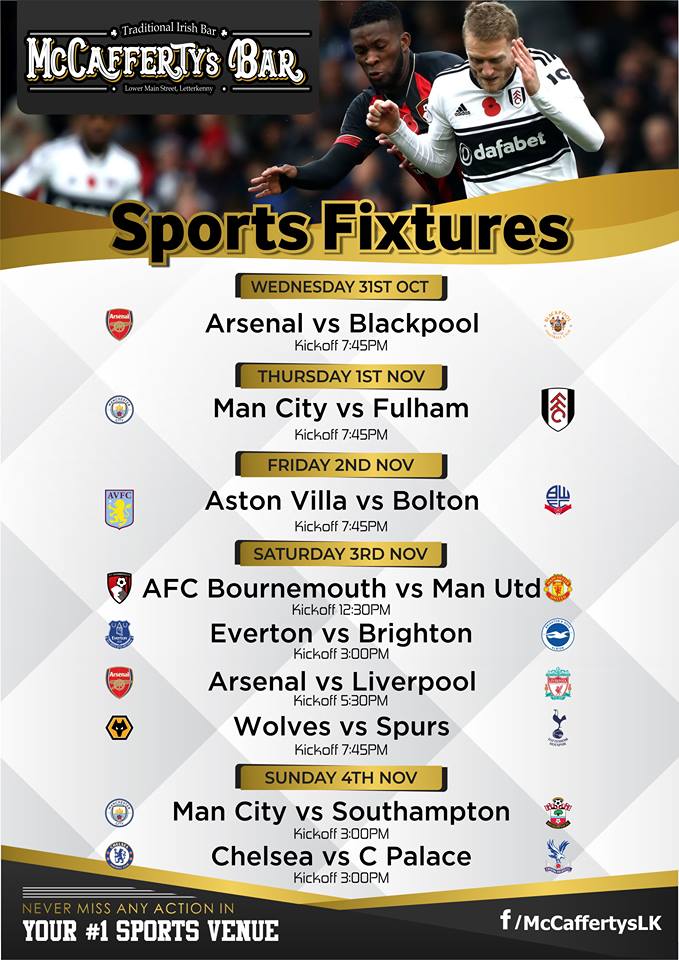 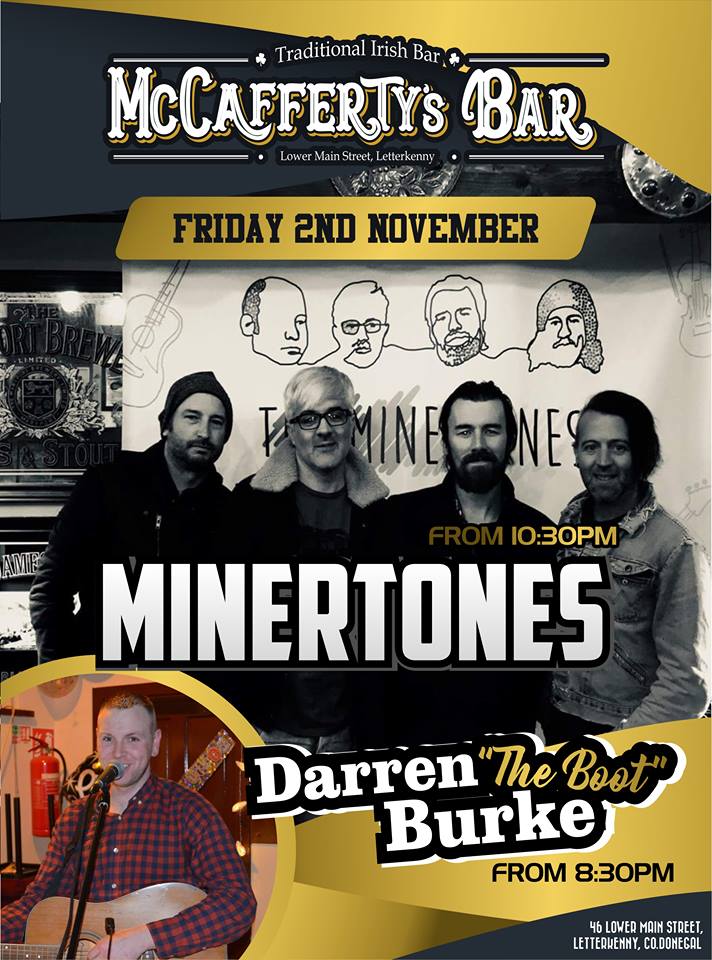 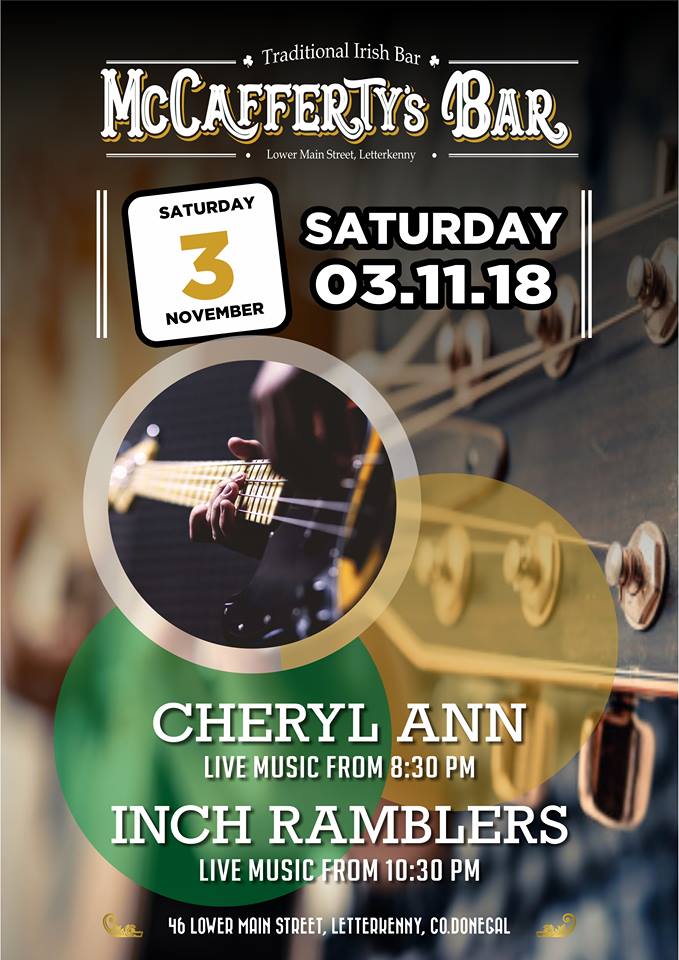 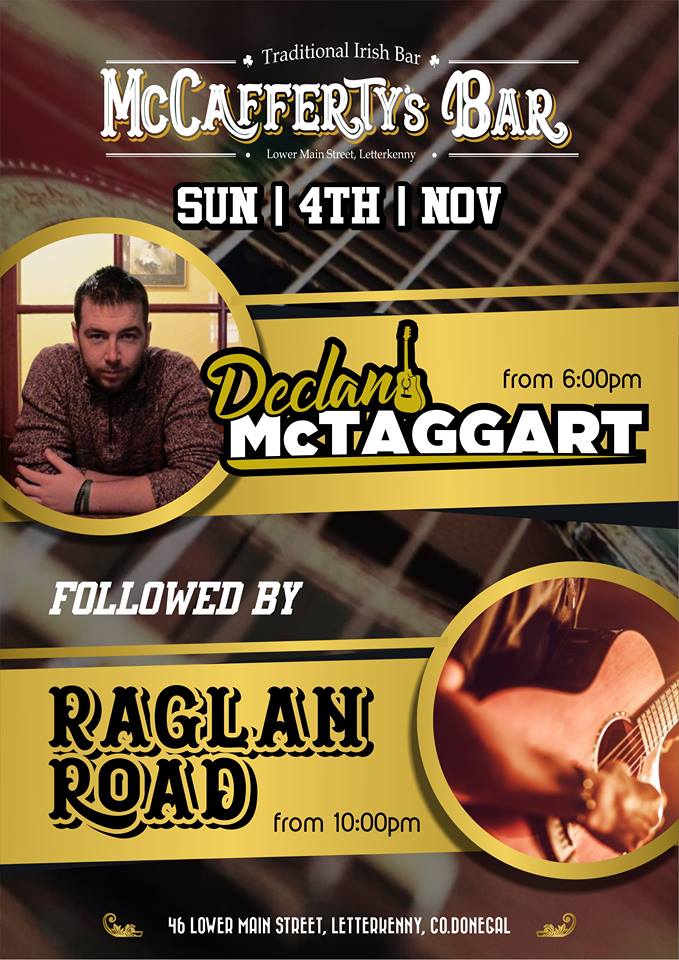