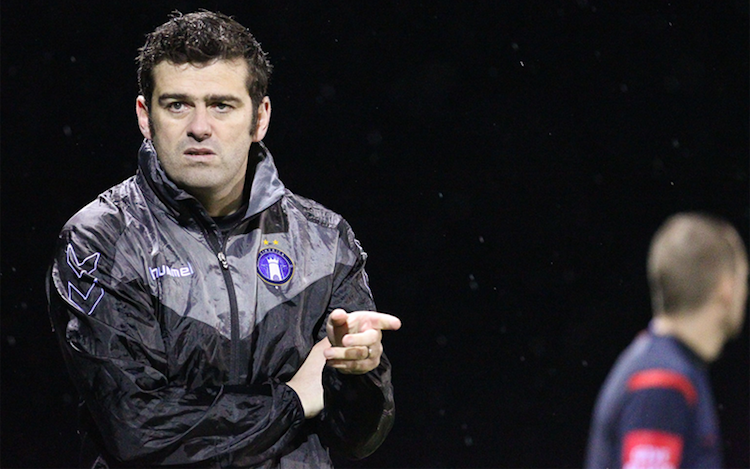 Tommy Barrett says that Limerick must be ‘more creative’ and is exploring the idea of playing two up front against Finn Harps on Friday night.

The Shannonsiders should have been ahead in the tie at Finn Park on Monday before Paddy McCourt’s 36th-minute penalty settled matters.

Barrett says his players have to take their chances this time as they bid to overturn a one-goal deficit.

“We should have created more with the amount of ball that we had, but it’s really difficult because Harps are a good team,” Barrett said.

“They’re well organised and very solid defensively. They look to counterattack and they counterattack very well – you have to be careful not to leave yourself open too.

“We worked hard. We just have to create more opportunities, better ones, and finish them – we need to be more clinical, as well as trying to stop them scoring.”

“You have to be careful that you don’t get caught on the break. That’s very important. We were thinking about that before the away match and we have been thinking about it since.

“With the narrow three they have, at times it’s five at the back, I’m not sure about two up top – we’re not a really direct team. We need to play and we need to play through the thirds.

“We look to get the ball down, play through the thirds and see can we get our clever midfielders on it like Barry Maguire and Shane Duggan, and create things that way. We’ll probably have to stick to our formation.

Barrett expects Harps to park the bus in the deciding leg.

The Limerick boss said: “They kind of did that in the second half and they still looked dangerous on the break, which is probably the right thing to do from their point of view.

“We have to be a bit better, move the ball quicker and shift them a bit more and be a bit cleverer around the area. Hopefully we can do that.”

Goalkeeper Tommy Holland, who was stretchered off on Monday, is a big doubt, as is Billy Dennehy, who injured a hand, but Barrett is hopeful that both will be cleared to play.