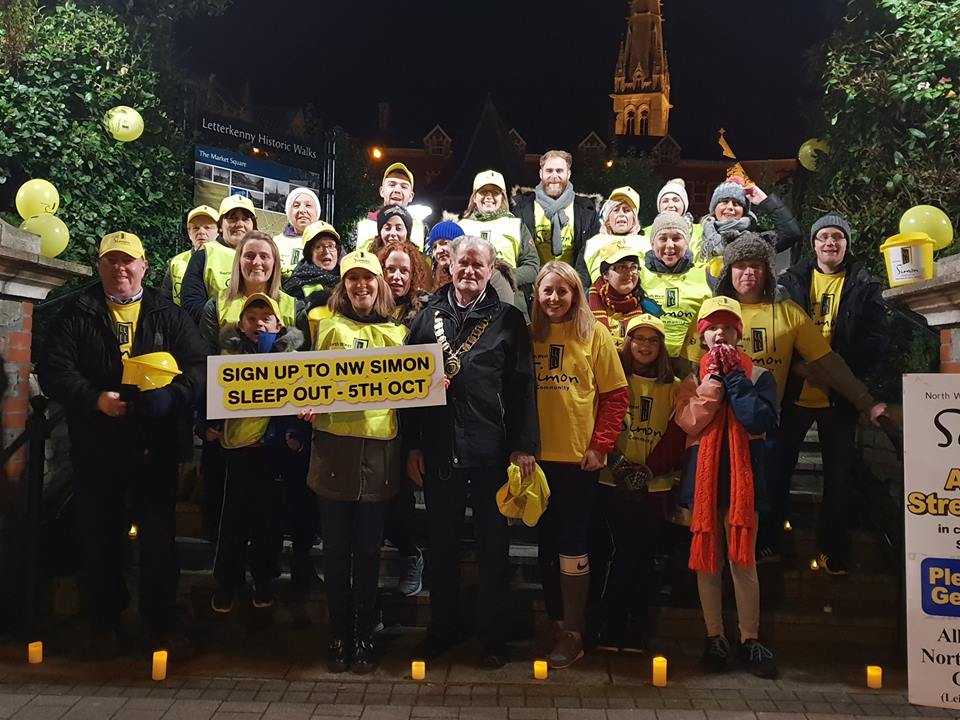 Over €8,600 raised for local families in Letterkenny Sleep Out

The grand total of this year’s Sleep Out for Simon donations has been revealed – with a fantastic €8,625.59 raised for the North West Simon Community.

The grand total was gathered during a night of volunteering and immense generosity in Letterkenny on 5th October.

People took part in a ‘street sleep’ and carried out bucket collections in local pubs and businesses. 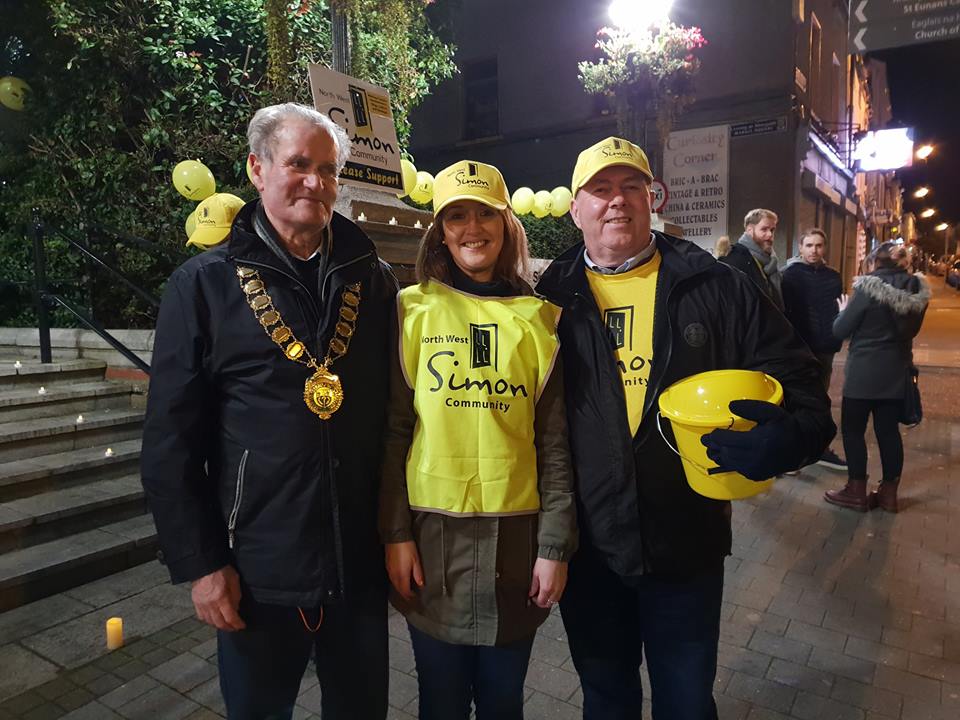 All funds raised from the night will go towards local homelessness prevention supports.

The annual Sleep Out also raised awareness of the Simon Community in Donegal, which often helps the hidden homeless in the region.

Since January of this year the North West Simon Community has dealt with over 131 cases, many were families with young children. Fifty four individual presentations were made for housing support in the Donegal region. The demand for services in Donegal has increased by 25% from January to July in comparison to last year.

Organisers and volunteers have said a special thanks to everyone who donated to the cause, to Gray’s Tea Rooms Strabane, Wards Life Pharmacy, St Johnson, Mulherns Corner Bar, Dungloe, XL Burtonport for their generous sponsorship and to the Four Lanterns and the Brewery Bar for their annual support.

The staff of McElhinneys of Ballybofey will participate in their own Sleep Out for Simon next Saturday 10th November. The fundraiser will see volunteers sleeping outside the front door of the store for the night to gather contributions for the charity.

If you would like to support the fundraiser, please visit: https://www.gofundme.com/sleepout-for-nw-simon-community.

Over €8,600 raised for local families in Letterkenny Sleep Out was last modified: November 1st, 2018 by Rachel McLaughlin
FacebookTweetLinkedInPrint
Tags:
charityNorth West Simon Communitysleep out for simon