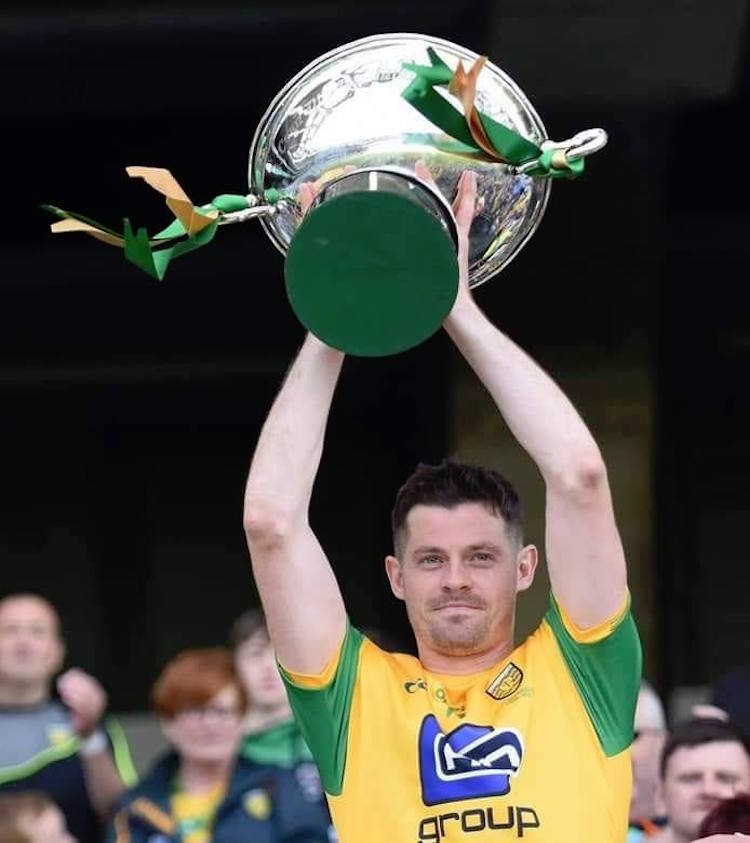 Donegal forward Declan Coulter was last night named as the Nicky Rackard Hurler of the Year.

The Setanta player starred as Donegal won the Nicky Rackard Cup and was also instrumental as Donegal stayed in Division 2B of the Allianz Hurling League.

The former Armagh star was named, alongside Donegal team-mate Stephen Gillespie, on the Team of the Year.

The awards were presented at the GAA All-Stars banquet at the Convention Centre in Dublin.

And Coulter’s stunning displays marked him out as the Hurler of the Year.

He’d scored 0-13 against Tyrone and 0-5 against Monaghan on route.

As Donegal secured survival against Coulter’s home county, he posted 2-1 against the Orchard.