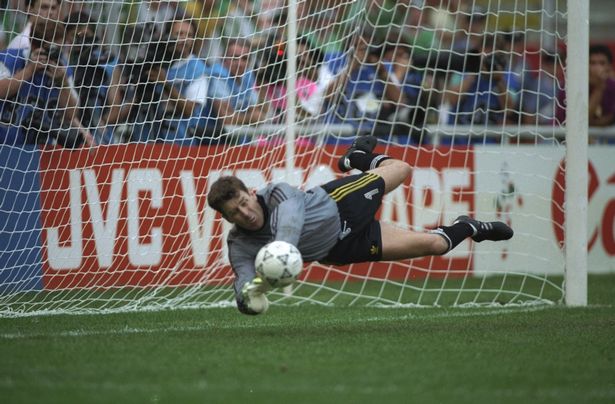 Packie Bonner reveals how he discovered his goalkeeping talents by accident

Former Republic of Ireland and Celtic goalkeeper Packie Bonner has been discussing his early days growing up in Donegal.

Speaking in an exclusive interview with Celtic TV, the 58-year-old from Burtonport also revealed how he discovered the world of goalkeeping.

Speaking to the Scottish clubs television host Gerry McCulloch, Bonner said: “As I’ve said, we played both sports (soccer and Gaelic football) and soccer was a more dominant sport because our local club Keadue Rovers was there and our next door neighbour play with them.

“We used to go over as kids and watch them play and then we would start to go over and play in the training and so on as young kids.

“I didn’t play in goals until I was 12,” he added. “I got a sore side and I decided for that wee period I would go into goals and then I really enjoyed it.”

Watch the full interview below.