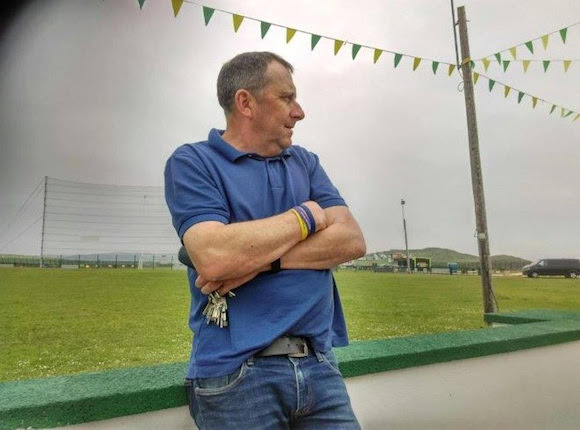 Local community helping Paddy to face his biggest race yet

The community of Downings are getting behind a campaign to raise funds for one of their kindest and most-loved citizens.

Patrick McBride has been to the forefront of raising vital funds for many charities down through the years.

Having run 17 marathons, he has helped many people overcome their own personal battles with much-needed funds.

Now Paddy is in the middle of his own personal battle.

Paddy has just been diagnosed with a malignant melanoma of the nasal cavity, which further testing has revealed it has spread to his liver, lungs and bones.

A spokesman said “What makes Paddy so special is that he is the kindest man who plays a huge role in the local area raising countless amounts of Money for countless causes.

“He has run 17 marathons all for charity. He is also a huge part of the GAA club again raising money for them.

“He is a much-loved man and this is reflected in the fact that within 4 days of setting up a go fund me page we have raised €8240. This man has touched so many peoples lives and he is simply incredible.”

To help donate anything you can to Paddy’s fundraising campaign please log onto https://www.gofundme.com/paddy-fenny-mcbride-fundraiser