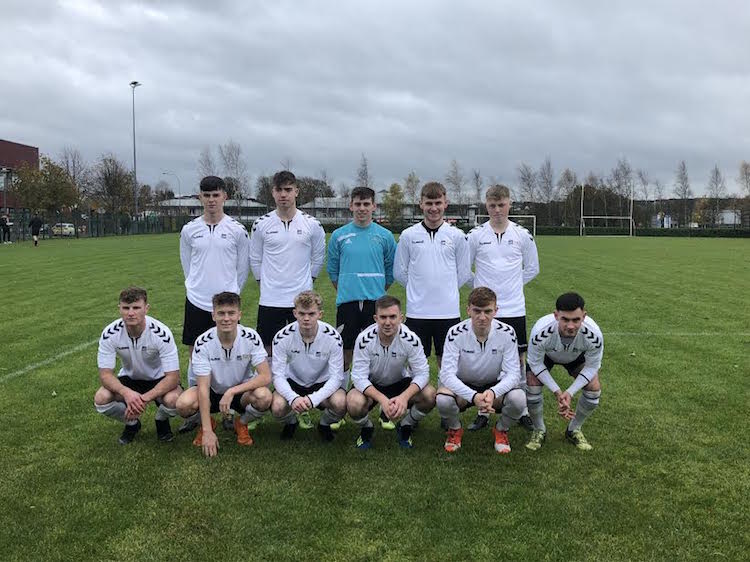 A stunning Shaun McBride volley sent Letterkenny Institute of Technology on their way to a superb CFAI Cup win over IT Carlow.

Letterkenny Institute of Technology 2 IT Carlow 1

But it was Shane Byrne’s LyIT who scored an excellent and deserved win via goals from McBride and a Connor Gormley penalty.

Derry City attacker McBride has had a lean few months in front of goal, but broke a personal duck in some style here.

A header looped out from the IT Carlow rearguard and McBride connected perfectly with a stunning volley flying beyond IT Carlow goalkeeper Martin Kowalchzk.

McBride’s effort found the top corner and it was a strike that both settled and energised the hosts.

They’d fallen behind when Barnes turned home from Sean Hurley’s cross in their first attack of the game.

Barnes shot over soon after while McBride flashed a shot just wide a the other end. In a first half of few openings, Carlow’s Kyle McCarthy couldn’t direct his shot from 20 yards on tract and it was all square at the interval.

Darragh Black almost sneaked Letterkenny in front, but a dipping shot, after he brilliantly spun away from Nathan Coleman, dropped onto the top of the Carlow crossbar.

Just after the hour, LyIT got in front. A Black cross was too deep to cause danger, but Liam Walsh chased down possession and, after scampering back into the fox, was fouled by Kowalchzk.

Gormley dispatched the penalty with real conviction, a powerful effort giving the goalkeeper no chance of stopping it.

LyIT ‘keeper Jason McCallion did well to keep out a cross by Hurley as Carlow sought a way back into the game and visiting sub Dean Kelly stung McCallion’s palms from distance.

Kowalchzk saved at his near post after Walsh connected with Black’s centre while Black was denied by the goalkeeper as LyIT looked to put the game beyond Carlow’s reach.

After Gormley drilled over, there was still time for some late drama and Carlow had the ball in the net only for referee Packie Coll to blow for a LyIT free with Barnes having barged into a Letterkeny defender in the area.