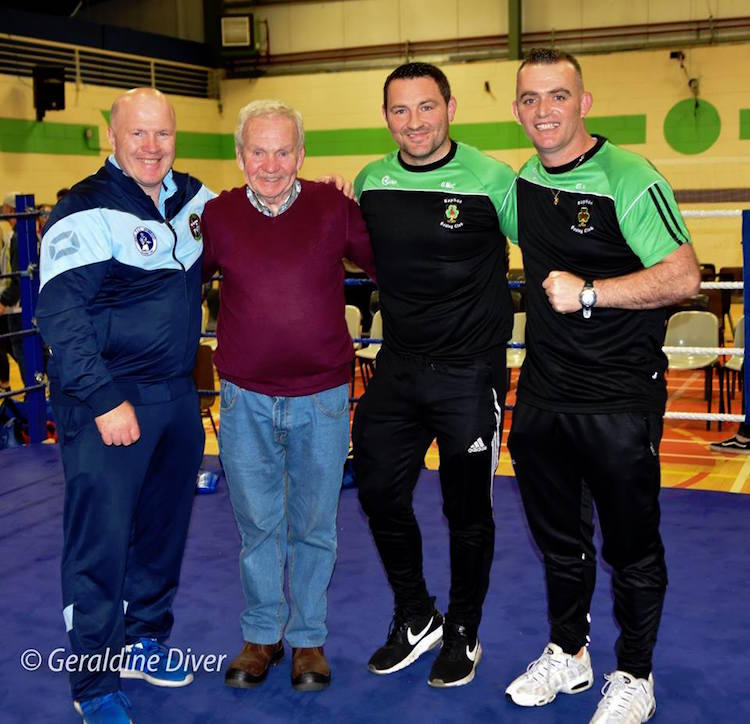 Michael Carruth has urged AIBA officials to ‘grow a set of balls’ as boxing faces expulsion from the Olympic Games.

Following the controversial election of Gafur Rakhimov on Saturday as President of AIBA, the amateur boxing federation, there are fears that the International Olympic Committee (IOC) could ditch the sport from the Olympics.

Rakhimov, from Uzbekistan, was listed by the US Department of the Treasury as being a central figure in a criminal organisation, while he has been banned from entering the US and Australia. Rakimov has denied any involvement in criminal activity.

1992 Olympic welterweight gold medallist Carruth is concerned for the future.

“There has to be an emergency meeting set up and these people thrown to the wastelands,” Carruth said.

“It is time AIBA stood up and said we didn’t need you, set up another organisation, or just do something to save boxing in the Olympics

“There are all sorts of allegations here and AIBA need to grow a set of balls. This wouldn’t happen in FIFA or any other organisation. They’d be thrown out.”

A breakaway organisation has already been mooted, though that would also be fraught with all sorts of difficulty.

Carruth’s brother, Fergal, the IABA CEO, was part of a three-man Irish delegation – also including President Dominic O’Rourke and Secretary Art O’Brien – in Moscow. While there are claims that the IABA voted for Rakhimov, the Irish federation has so far refused to confirm.

Carruth was Ireland’s first boxing Gold medallist in ’92 when he overcame Juan Hernández Sierra in Barcelona.

He said: “If this isn’t sorted out, the IOC have said they’ll suspend boxing from the Olympic Games.

“This all dies if that happens. What will happen the amateur boxing clubs around the country? The Olympic Games is their hope and their aim. That’s what we want the young boxers to aspire to.

“I want to train and Olympic champion, just like my father did with me. If this is allowed happen, we’d be opening the door to MMA or other fight sports.”

Boxing has been on the Olympic roster since 1905, but could now be axed by the IOC, who have already cut funding to AIBA.

Carruth won one of the 16 Olympic boxing medals won by Ireland. Boxing is Ireland’s most successful Olympic sport and the Dubliner believes they can add to that tally if its place at Tokyo 2020 is saved.

Carruth said: “Me and Wayne McCullough came along in ’92 and shook up the world. Katie (Taylor) came across the line in London, but there needs to be another male.

“Irish boxing is so strong at the minute. We bring medals back from everywhere. There is a lot of pressure on Joe (Ward) at the moment, but of course he is capable and there are so many more who could go and win an Olympic medal.”

Six from Donegal set to glove off...