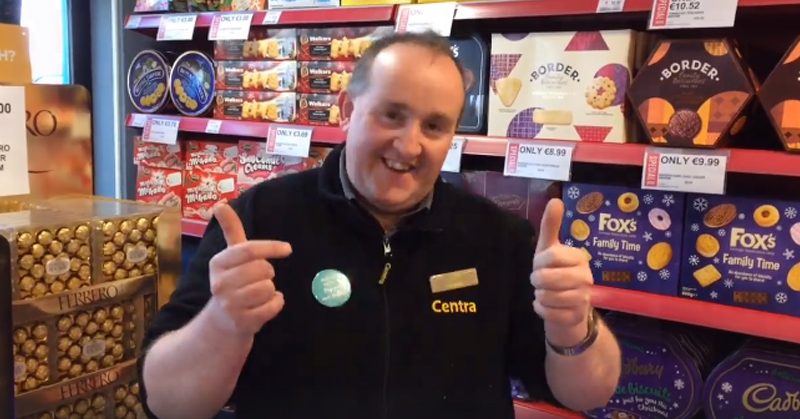 A valued employee of Kelly’s Centra Mountain Top is in the running for a top national award.

John Wallace is a popular personality who brightens up the day of many shoppers who visit the supermarket.

Plus, he’s an online sensation with his ‘Wallace’s Weekly WOWs’ videos on Facebook!

The Letterkenny man makes sure everyone knows about the best bargains at Kelly’s Centra in his inimitable way.

Now, John is being recognised for all his hard work by being shortlisted as an Employee Award finalist in the 2018 Pride of Centra Awards.

The awards celebrate the very best people working in Centra stores throughout Ireland. John was selected out of 12,000 employees nationwide and will be invited to attend the Pride of Centra awards.

Just 12 people are in the running for this prestigious award, out of 465 Centra stores in Ireland.

John will have the backing of an entire community as he works as an iconic ambassador for Kelly’s Centra.

The national winner will be announced on Tuesday 27th November in Cliff at Lyons Co. Kildare.