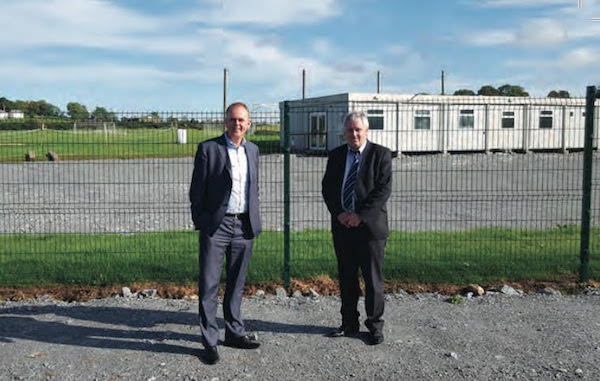 Fine Gael county councillor Martin Harley is to be his party’s chosen running mate in the event of a General Election, Donegal Daily has learned.

A party source has said their research shows that Cllr Martin Harley could top the poll in the Stranorlar electoral area, but that the Frosses native would also pick up substantial backing in the Donegal electoral area.

We understand high level meetings of Fine Gael in Donegal have taken place in the past two weeks with Cllr Harley being urged to run alongside sitting TD and Education Minister Joe McHugh.

Harley, a councillor since 2009, refused to rule out running when asked earlier this year.

If he decides to run, he could be the only party-backed candidate from the Finn Valley area on the ballot paper.

In the last general election Sinn Féin ran Stranorlar electoral area councillor Gary Doherty in the battle (who took 4,136 first preference votes) but the party strategy of three candidates – alongside Mac Lochlainn and Pearse Doherty – back-fired as the Inishowen man lost his seat.

Right-wing Independent Tim Jackson (3,570 votes last time) may run next time but another candidate from 2016, Cllr Frank McBrearty (1,914 votes) has stated he will not run again.

The last TD from the Finn Valley area was the late Paddy Harte who served in Dáil Éireann from 1961 until 1997. His son Paddy Harte Jnr polled just short of 3,000 votes the last time.

“The Fine Gael party has done a great deal of research over the past few months and they believe Cllr Harley is in with a good chance of taking a seat at the next General Election, a second seat for the party alongside Minister Joe McHugh,” said one source.

“Martin is hugely popular and has worked tirelessly across a number of important issues in the Finn Valley. He is being urged to stand and party HQ in Dublin is awaiting a response.

“There’s a belief Martin could garner well over 5,000 first preference votes in the Finn Valley alone.”