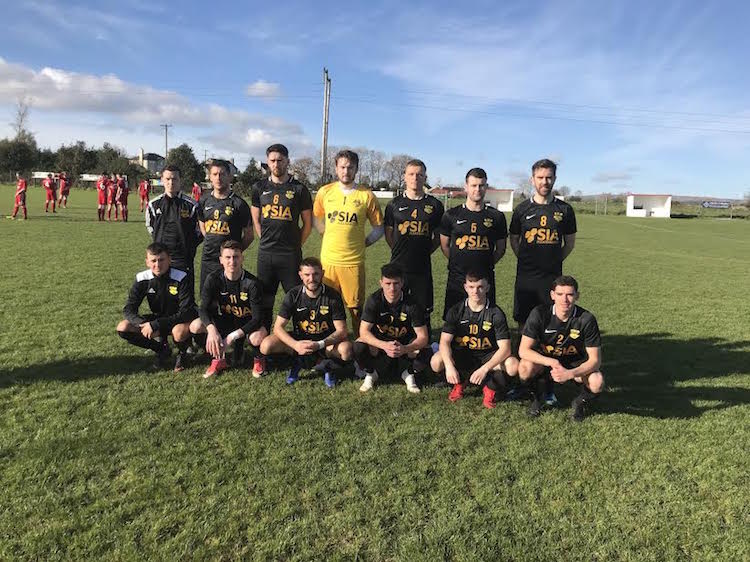 Glengad United are into the open draw of the FAI Junior Cup after an away win at Illies.

Glengad started well and went close on three minutes after John G McLaughlin rose high to meet a corner and he was unlucky to see his effort crash off the bar.

Glengad took the lead then on 17 minutes when Stephen McLaughlin fed a great through ball to Terence Doherty to slot low past Johnathan Noone from close range.

Illies replied and both Liam and Paddy Doherty fired over when well placed on both occasions.

Glengad had two half chances then with Doherty and Conor Barrow both shooting at Noone but from tight angles.

On the stroke of half time a Christy McLaughlin corner found John G McLaughlin and he converted at the back post to make it two-nil.

The second half was not as entertaining and Illies had the first chance on 59 minutes when Paddy Doherty fed Liam Grant but he shot straight at Daniel Mullarkey.

Glengad broke on 77 minutes and sealed the tie when Patrick McDermott advanced on the right and crossed for Doherty to slot home.

In the final minute Illies were denied a consolation after Grant’s effort beat Mullarkey but Seamus Doherty was on hand to clear off the line.